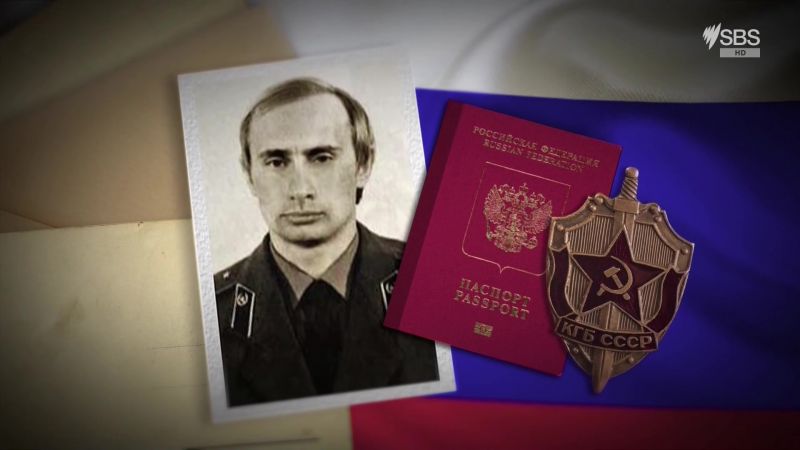 KGB: The Sword and the Shield episode 3

KGB: The Sword and the Shield episode 3: Although the end of the Soviet Union also meant the end of the KGB, it did not mean the end of secret service activities. FSB and the foreign intelligence service SVR took over the tasks. Under the secret service officer Vladimir Putin, who has long been Russia’s president, the tasks of the secret service were redefined, and digital age with the Internet brought new possibilities for internal and external espionage and for the manipulation of public opinion.

Coup d’etats, assassinations, sex scandals, radioactive poisoning….it’s the stuff of a Bond movie. But in today’s Russia, it’s all very real. Under Vladimir Putin, the KGB or FSB as it’s now called, rules Russia with an iron rod directly from the Kremlin. To challenge its authority, even from apparent safety abroad, means risking your life. The KGB has even managed to outlive communism itself. Today, Russia is no longer a State with a Security Service: instead, the Security Service has a State.

KGB: The Sword and the Shield episode 3

The KGB has influenced world events on numerous occasions before. Assassinations, coup d’etats, theft of nuclear secrets and sexpionage are just standard trademarks for an organisation that still sends shivers down the spines of politicians and military figures the world over. It may have changed its name on various occasions, from Cheka to SPD to OGPU to NKVD to MGB to KGB to an array of different names after the collapse of the Soviet Union to FSB and SVR today, but it will forever be known, internally and externally, as the KGB.

The Federal Security Service of the Russian Federation is the principal security agency of Russia and the main successor agency to the Soviet Union’s KGB. Its main responsibilities are within the country and include counter-intelligence, internal and border security, counter-terrorism, and surveillance as well as investigating some other types of serious crimes and federal law violations. It is headquartered in Lubyanka Square, Moscow’s center, in the main building of the former KGB. According to the 1995 Federal Law “On the Federal Security Service”, the director of the FSB is appointed by and directly answerable to, the president of Russia.

The immediate predecessor of the FSB was the Federal Counterintelligence Service (FSK) of Russia, itself a successor to the KGB: on 3 April 1995, Russian president Boris Yeltsin signed a law mandating a reorganization of the FSK, which resulted in the creation of the FSB. In 2003, the FSB’s responsibilities were widened by incorporating the previously independent Border Guard Service and a major part of the abolished Federal Agency of Government Communication and Information (FAPSI). The three major structural successor components of the former KGB that remain administratively independent of the FSB are the Foreign Intelligence Service (SVR), the Federal Protective Service (FSO), and the Main Directorate of Special Programs of the President of the Russian Federation (GUSP).

Title
KGB: The Sword and the Shield episode 3
Description