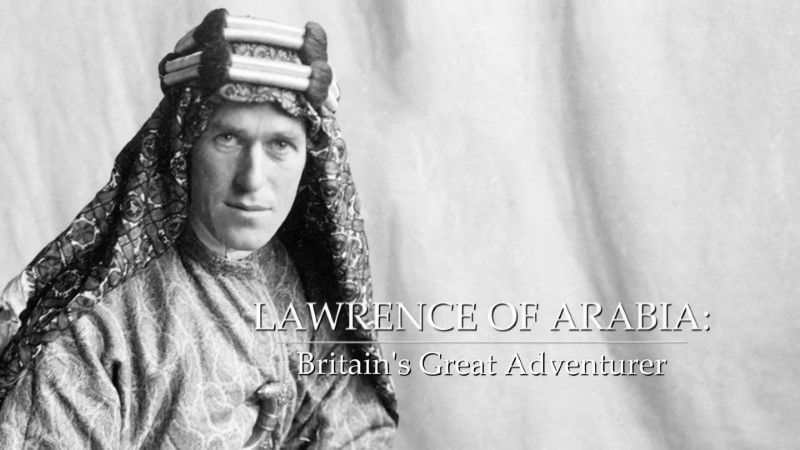 Lawrence of Arabia – Britain’s Great Adventurer: The epic story of Thomas Edward Lawrence the First World War military officer who united the tribes of Arabia against the Ottoman Turkish army.

The film reveals that while being one of the most enigmatic figures of the 20th century, he was also a deeply troubled man, delving into his personal torment, the secret his family were hiding, and the punishment he endured.

Colonel Thomas Edward Lawrence, CB, DSO (16 August 1888 – 19 May 1935), a British archaeologist, army-officer, diplomat, and writer, became renowned for his role in the Arab Revolt (1916–1918) and the Sinai and Palestine Campaign (1915–1918) against the Ottoman Empire during the First World War. The breadth and variety of his activities and associations, and his ability to describe them vividly in writing, earned him international fame as Lawrence of Arabia, a title used for the 1962 film based on his wartime activities.

The Arab Revolt began in June 1916, but it bogged down after a few successes, with a real risk that the Ottoman forces would advance along the coast of the Red Sea and recapture Mecca. On 16 October 1916, Lawrence was sent to the Hejaz on an intelligence-gathering mission led by Ronald Storrs. He interviewed Sharif Hussein’s sons Ali, Abdullah, and Faisal, and he concluded that Faisal was the best candidate to lead the Revolt.

In November, S. F. Newcombe was assigned to lead a permanent British liaison to Faisal’s staff. Newcombe had not yet arrived in the area and the matter was of some urgency, so Lawrence was sent in his place. In late December 1916, Faisal and Lawrence worked out a plan for repositioning the Arab forces to prevent the Ottoman forces around Medina from threatening Arab positions and putting the railway from Syria under threat. Newcombe arrived and Lawrence was preparing to leave Arabia, but Faisal intervened urgently, asking that Lawrence’s assignment become permanent.

Lawrence of Arabia - The epic story of Thomas Edward Lawrence the officer who united the tribes of Arabia against the Ottoman Turkish army.