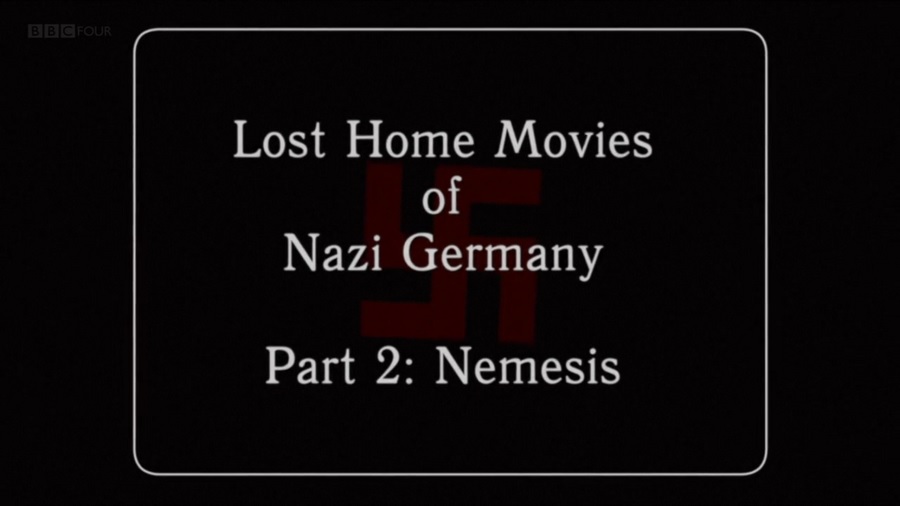 Lost Home Movies of Nazi Germany episode 2: Amateur footage of frontline and civilian stories that offers new insights into life and atrocities in WWII Germany and the occupied territories, as Hitler’s dreams crumble.

Christmas in Germany 1941 is an unsettling time. Food is scarce, the weather is freezing and news from the front line in Russia is causing Germans to realise the war is a very long way from over. The stage is set for the second half of the conflict.

Through the home movies and diaries of ordinary Germans, this film charts Hitler’s dreams crumbling and the moral reckoning the German people must now face. It reveals the stories of people battling to save their families from deportation to the death camps, while others endure the horrors of ever more deadly bombing raids, all set against a backdrop of propaganda and false hope pouring forth from Nazi high command.

In Russia we meet a doctor who throws himself into the firing line at every opportunity, not to win glory but to save his wife and three young children from deportation to the death camps in the east, while in Dresden a Jewish diary writer struggles to deal with ever-mounting restrictions and deportations.

We also meet some of those forced to live under German rule, including extraordinary footage of a group of Jews living in hiding just a mile from Anne Frank, and a family in Normandy enjoying a bucolic summer before they find themselves on the front line when the Allies take on the German troops on the Atlantic Wall.

The film then moves to the endgame of the war, the choices faced as the net tightened and the crazy efforts to fight to the bitter end even as all hope is gone.

Nazi Germany is the common English name for Germany between 1933 and 1945, when Adolf Hitler and his Nazi Party (NSDAP) controlled the country through a dictatorship. Under Hitler’s rule, Germany became a totalitarian state where nearly all aspects of life were controlled by the government.

The official name of the state was Deutsches Reich (German Reich) until 1943 and Großdeutsches Reich (Greater German Reich) from 1943 to 1945. Nazi Germany is also known as the Third Reich (Drittes Reich), meaning “Third Realm” or “Third Empire”, the first two being the Holy Roman Empire (800–1806) and the German Empire (1871–1918). The Nazi regime ended after the Allies defeated Germany in May 1945, ending World War II in Europe.