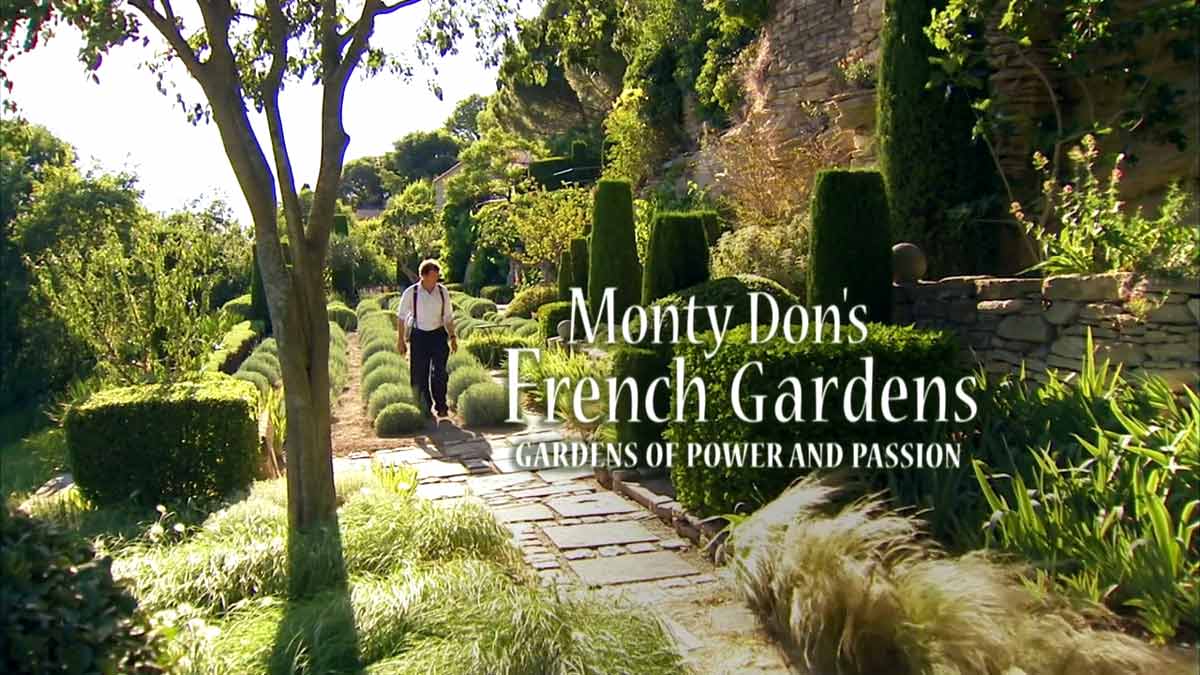 Monty Don’s French Gardens episode 1: Monty Don tells the stories behind France’s most important historic gardens. These include elaborate walled gardens designed to please the mistress – and then the wife – of a king, magnificent displays of flowers and fountains that involved thousands of soldiers moving tracts of land and incited violent jealousy in another monarch, and a modern-day chateau garden that came close to bankrupting its owner.

Monty sees how throughout history the French have used gardens as a public expression of money, power and passion.

A formal garden is a garden with a clear structure, geometric shapes and in most cases a symmetrical layout. Its origin goes back to the gardens which are located in the desert areas of Western Asia and are protected by walls. The style of a formal garden is reflected in the Persian gardens of Iran, and the monastic gardens from the Late Middle Ages. It has found its continuation in the Italian Renaissance gardens and has culminated in the French formal gardens from the Baroque period. Through its design, the garden conveys a sense of established order and transparency to the observer.

In garden design, the formal garden is said to be the opposite to the landscape garden, which follows nature and which came into fashion in the 18th century.