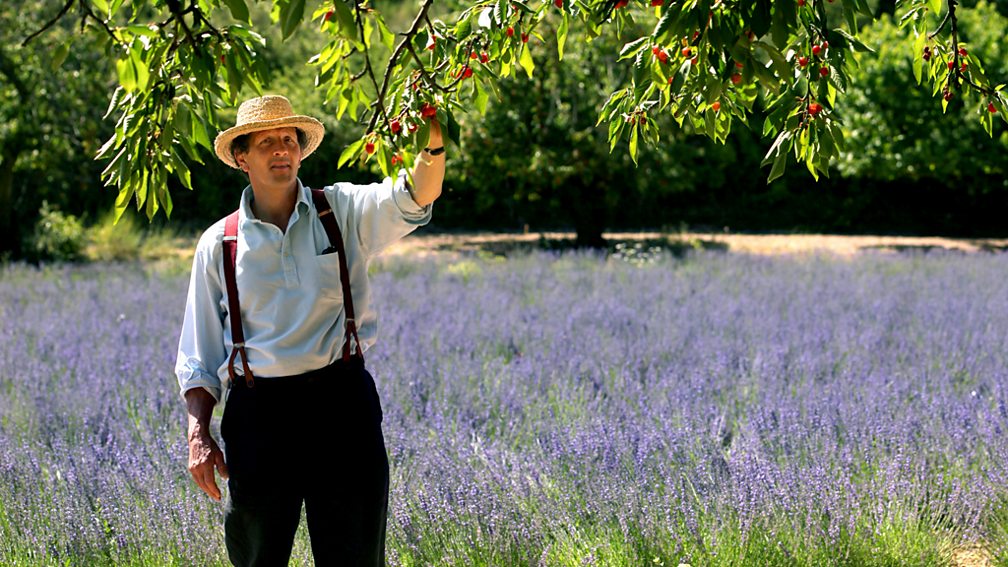 Monty Don’s French Gardens episode 2: In this, the second programme, he turns to the French love of food and finds out how this has influenced their gardens. Monty travels to some of the most famous ‘potager’ or kitchen gardens, where vegetables and flowers are planted together in elaborate and beautiful displays. He visits some of the most famous and interesting gardens in France.

He talks to gardeners about this style of planting which has been copied the world over. Monty also visits allotments, learns to pick asparagus, enjoys some of the best produce from the land and learns about the importance the French attach to the soil.

The traditional kitchen garden, also known as a potager (from the French jardin potager) or in Scotland a kailyaird, is a space separate from the rest of the residential garden – the ornamental plants and lawn areas. Most vegetable gardens are still miniature versions of old family farm plots, but the kitchen garden is different not only in its history, but also its design.

The kitchen garden may serve as the central feature of an ornamental, all-season landscape, or it may be little more than a humble vegetable plot. It is a source of herbs, vegetables and fruits, but it is often also a structured garden space with a design based on repetitive geometric patterns.

The kitchen garden has year-round visual appeal and can incorporate permanent perennials or woody shrub plantings around (or among) the annuals.

One historical design precedent is from the Gardens of the French Renaissance and Baroque Garden à la française eras potagers. In this type of vegetable garden, flowers (edible and non-edible) and herbs are often planted with the vegetables to enhance the garden’s beauty. The goal is to make the function of providing food aesthetically pleasing.

Plants are chosen as much for their functionality as for their color and form. Many are trained to grow upward. A well-designed potager can provide food as well as cut flowers and herbs for the home with very little maintenance. Potagers can disguise their function of providing for a home in a wide array of forms—from the carefree style of the cottage garden to the formality of a knot garden.

Monty Don's French Gardens episode 2: Monty turns to the French love of food and finds out how this has influenced their gardens.