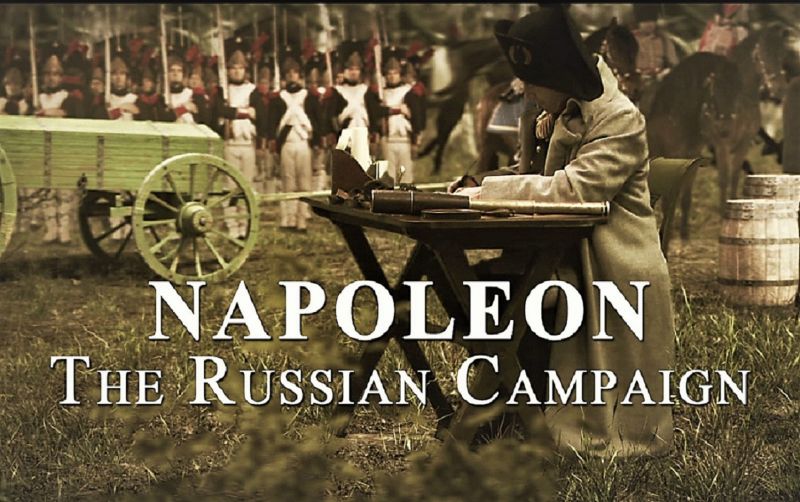 Napoleon – The Russian Campaign episode 1: This docudrama revisits one of the most astounding military campaigns and defeats in history, Napoleon’s attempted invasion of Russia.

Since his victory over Tsar Alexander in 1807 and the Treaty of Tilsit, France and Russia are officially allies. But Alexander doesn’t support Napoleon’s expansionist strategy. To Napoleon, Russia’s behavior makes it an enemy of France. Ignoring calls for caution, Napoleon invades Russia in 1811.

The French invasion of Russia, known in Russia as the Patriotic War of 1812 and in France as the Russian campaign, began on 24 June 1812 when Napoleon’s Grande Armée crossed the Neman River in an attempt to engage and defeat the Russian Army. Napoleon hoped to compel the Emperor of All Russia, Alexander I, to cease trading with British merchants through proxies in an effort to pressure the United Kingdom to sue for peace. The official political aim of the campaign was to liberate Poland from the threat of Russia.

At the start of the invasion, the Grande Armée numbered around 685,000 soldiers (including 400,000 soldiers from France). It was the largest army ever known to have been assembled in the history of European warfare up to that point. Through a series of long marches Napoleon pushed his army rapidly through Western Russia in an attempt to destroy the Russian Army, winning a number of minor engagements and a major battle, the Battle of Smolensk in August. Napoleon hoped this battle would win the war for him, but the Russian Army slipped away and continued to retreat, leaving Smolensk to burn.

As their army fell back, the Russians employed scorched-earth tactics, destroying villages, towns and crops and forcing the invaders to rely on a supply system that was incapable of feeding their large army in the field. On 7 September the French caught up with the Russian Army, which had dug itself in on hillsides before the small town of Borodino, seventy miles west of Moscow. The following Battle of Borodino, the bloodiest single-day action of the Napoleonic Wars, with 72,000 casualties, resulted in a narrow French victory. The Russian Army withdrew the following day, leaving the French again without the decisive victory Napoleon sought. A week later, Napoleon entered Moscow, only to find it abandoned, and the city was soon ablaze, with the French blaming the fire on Russian arsonists.

He won many of these wars and a vast majority of his battles, building a large empire that ruled over much of continental Europe before its final collapse in 1815. He is regarded as one of the greatest military commanders in history, and his wars and campaigns are studied at military schools worldwide. Napoleon’s political and cultural legacy has made him one of the most celebrated and controversial leaders in human history.

Napoleon, who considered Russia a natural ally since it had no territorial conflicts with France, soon moved to teach Alexander a lesson. In 1812 the French emperor raised a massive army of troops from all over Europe, the first of which entered Russia on June 24. “It was the most diverse European army since the Crusades,” Sutherland said.

Estimates vary, but experts believe that at least 450,000 Grande Armée soldiers and perhaps as many as 650,000 ended up crossing the Niemen River to fight approximately 200,000 soldiers on the Russian side. By comparison, George Washington’s army during the American Revolution rarely numbered more than 10,000 or 15,000 men, explained Sheperd Paine, president of the Napoleonic Historical Society.

Napoleon - The Russian Campaign episode 1: This docudrama revisits one of the most astounding military campaigns and defeats in history.