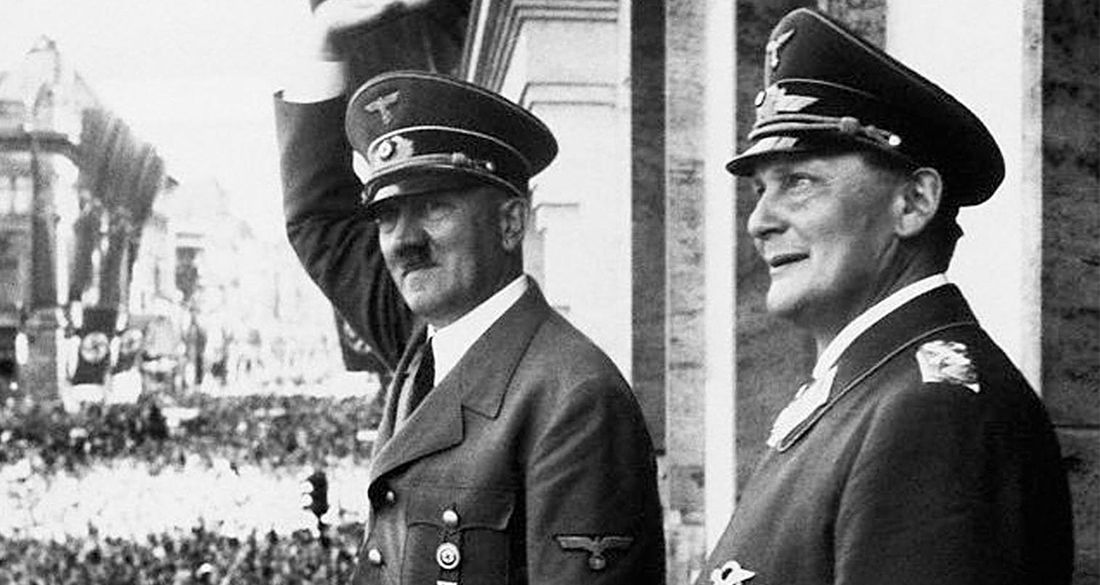 Nuremberg – Nazis on Trial episode 2: the whole world was closely observing the Nuremberg trials from 1945 to 1949 when Nazi-Germany’s most prominent leaders were indicted and punished for wartime atrocities and crimes against humanity. It was the first international trial for such crimes and set standards for today’s prosecution of war crimes all over the world.

This critically acclaimed BBC documentation retells the trials of three of the most infamous Nazis leaders that were caught alive during the days of the European liberation: Albert Speer (played by Nathaniel Parker), Hermann Goering (Robert Pugh) and Rudolf Hess (Ben Cross). Newly researched material and the protocols of the trial’s psychologist Gustave M. Gilbert enforce a detailed insight into the minds of war criminals, each one representing archetypes of men who misuse their powers. The documentary employs both the use of archival film footage of the actual trial activity, combined with dramatic reenactments of these historic events.

Hermann Wilhelm Göring (12 January 1893 – 15 October 1946) was a German political and military leader as well as one of the most powerful figures in the Nazi Party (NSDAP) that ruled Germany from 1933 to 1945. A veteran World War I fighter pilot ace, he was a recipient of the Pour le Mérite (“The Blue Max”). He was the last commander of Jagdgeschwader 1 (Jasta 1), the fighter wing once led by Manfred von Richthofen.

An early member of the Nazi Party, Göring was among those wounded in Adolf Hitler’s failed Beer Hall Putsch in 1923. While receiving treatment for his injuries, he developed an addiction to morphine which persisted until the last year of his life. After Hitler became Chancellor of Germany in 1933, Göring was named as Minister Without Portfolio in the new government. One of his first acts as a cabinet minister was to oversee the creation of the Gestapo, which he ceded to Heinrich Himmler in 1934.

Following the establishment of the Nazi state, Göring amassed power and political capital to become the second most powerful man in Germany. He was appointed commander-in-chief of the Luftwaffe (air force), a position he held until the final days of the regime. Upon being named Plenipotentiary of the Four Year Plan in 1936, Göring was entrusted with the task of mobilizing all sectors of the economy for war, an assignment which brought numerous government agencies under his control and helped him become one of the wealthiest men in the country. In September 1939 Hitler designated him as his successor and deputy in all his offices. After the Fall of France in 1940, he was bestowed the specially created rank of Reichsmarschall, which gave him seniority over all officers in Germany’s armed forces.

Nazis on Trial - Hermann Goering: the whole world was closely observing the Nuremberg trials from 1945 to 1949 when Nazi-Germany's most prominent leaders.