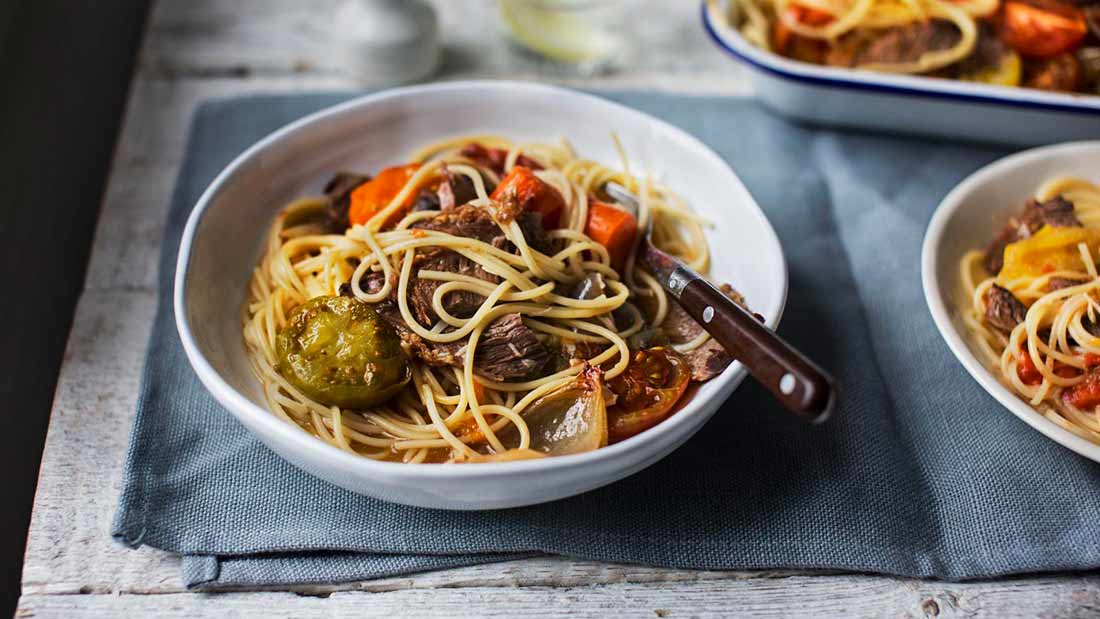 Nigel Slater: Eating Together episode 6 – Noodles: Nigel‘s tour of modern British home cooking explores the flair and flamboyance of noodles, from his own rustic take on old-fashioned spaghetti bolognese to the German art of noodle making from scratch, which Steffi shows him using a traditional spaetzle board.

He finds a Spanish favourite, fideua, that’s as exuberant as the lady who makes it, and learns from Mickey not only how to make khao soi noodles, but also that even in Wimbledon, Buddhist food traditions are at the very heart of the Thai community.

This Burmese-style curried noodle soup is spicy, rich and filling. It’s also quick and easy to throw together.

Nigel Slater’s recipe uses beef ribs and fresh tomatoes for a no-effort dish with all the flavours that make spaghetti bolognese so loved.

This gorgeous Valencian dish is a one-pot wonder similar to paella that’s a hit all over Spain and further afield.

Spätzle and cheese with speck

Nigel Slater gets imaginative with pasta, frying it as a block and serving it with a spicy cream sauce.