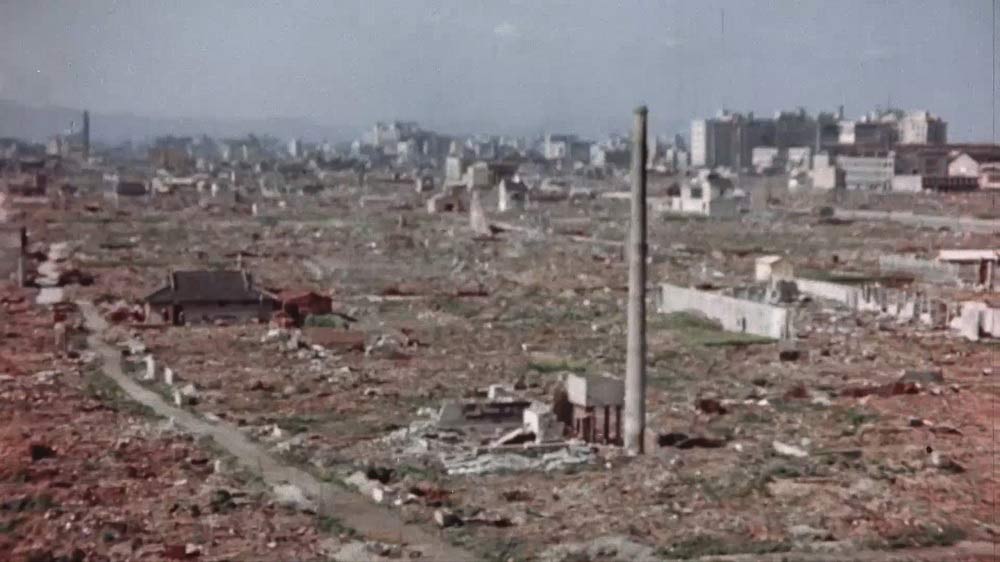 The Pacific War in Color episode 8: By the summer of 1945, the Allies are reducing Japan to ashes, but there’s no sign of surrender. While a ground invasion seems imminent, a casualty estimate of U.S. soldiers in the hundreds of thousands leads President Truman to a decision that will not only end the war, but forever change the course of warfare. Color combat footage and witness accounts of the atomic bombings provide rare insights into the final days of the Pacific War.

The Pacific War was unlike any military conflict before it in terms of its scale, scope, and savagery. Witness the massive attacks on Pearl Harbor and Hiroshima and Nagasaki that bookended the war, along with the ferocious battles in between–ones waged on tiny islands and remote atolls and fought by soldiers, Marines, airmen and sailors. With color combat footage and accounts from those who experienced the fight firsthand, we reveal the brutal reality of life on the frontline during the battle for the Pacific.

The United States detonated two nuclear weapons over the Japanese cities of Hiroshima and Nagasaki on August 6 and 9, 1945, respectively, with the consent of the United Kingdom, as required by the Quebec Agreement. The two bombings killed between 129,000 and 226,000 people, most of whom were civilians, and remain the only use of nuclear weapons in armed conflict.

In the final year of the war, the Allies prepared for a very costly invasion of the Japanese mainland. This undertaking was preceded by a conventional and firebombing campaign which devastated 67 Japanese cities. The war in Europe had concluded when Germany signed its instrument of surrender on May 8, 1945, and the Allies turned their full attention to the Pacific theater. The Allies called for the unconditional surrender of the Imperial Japanese armed forces in the Potsdam Declaration on July 26, 1945, the alternative being “prompt and utter destruction”. Japan ignored the ultimatum and the war continued.

The Pacific War in Color episode 8: By the summer of 1945, the Allies are reducing Japan to ashes, but there's no sign of surrender.