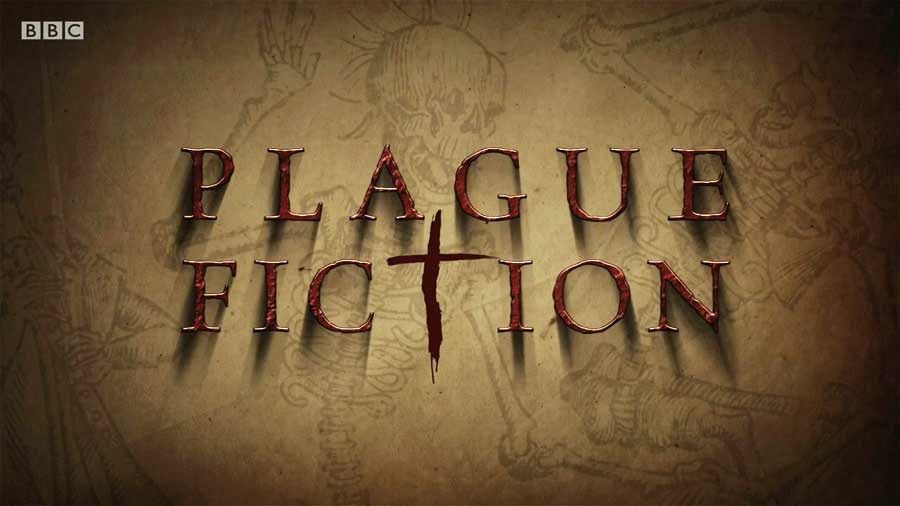 Plague Fiction: In light of the Covid-19 global outbreak, Professor Laura Ashe takes a look back at the literature on the Plague, starting with the 14th century when the Black Death was sweeping the globe.

Going from one of the earliest accounts of plague in 1347 through to Samuel Pepys’s record of the Great Plague of London in the 1660s, Professor Ashe explores how literature helped us cope with fear and tragedy, the importance of bravery and personal sacrifice, and whether the words of the past can offer us the comfort and healing that we need now.

The Black Death (also known as the Pestilence, the Great Mortality, or the Plague) was the deadliest pandemic recorded in human history. The Black Death resulted in the deaths of up to 75–200 million people in Eurasia and North Africa, peaking in Europe from 1347 to 1351. Plague, the disease caused by the bacterium Yersinia pestis, was the cause; Y. pestis infection most commonly results in bubonic plague, but can cause septicaemic or pneumonic plagues.

The Black Death was the beginning of the second plague pandemic. The plague created religious, social, and economic upheavals, with profound effects on the course of European history.

The Black Death most likely originated in Central Asia or East Asia, from where it travelled along the Silk Road, reaching Crimea by 1347. From there, it was most likely carried by fleas living on the black rats that travelled on Genoese merchant ships, spreading throughout the Mediterranean Basin and reaching Africa, Western Asia, and the rest of Europe via Constantinople, Sicily, and the Italian Peninsula.

Current evidence indicates that once it came onshore, the Black Death was in large part spread by human fleas – which cause pneumonic plague – and the person-to-person contact via aerosols which pneumonic plague enables, thus explaining the very fast inland spread of the epidemic, which was faster than would be expected if the primary vector was rat fleas causing bubonic plague.

Plague was reportedly first introduced to Europe via Genoese traders from their port city of Kaffa in the Crimea in 1347. During a protracted siege of the city, in 1345–1346 the Mongol Golden Horde army of Jani Beg, whose mainly Tatar troops were suffering from the disease, catapulted infected corpses over the city walls of Kaffa to infect the inhabitants, though it is more likely that infected rats travelled across the siege lines to spread the epidemic to the inhabitants.

As the disease took hold, Genoese traders fled across the Black Sea to Constantinople, where the disease first arrived in Europe in summer 1347. The epidemic there killed the 13 year-old son of the Byzantine emperor, John VI Kantakouzenos, who wrote a description of the disease modelled on Thucydides’s account of the 5th century BCE Plague of Athens, but noting the spread of the Black Death by ship between maritime cities. Nicephorus Gregoras also described in writing to Demetrios Kydones the rising death toll, the futility of medicine, and the panic of the citizens. The first outbreak in Constantinople lasted a year, but the disease recurred ten times before 1400.

Plague Fiction: In light of the Covid-19 global outbreak, Professor Laura Ashe takes a look back at the literature on the Plague