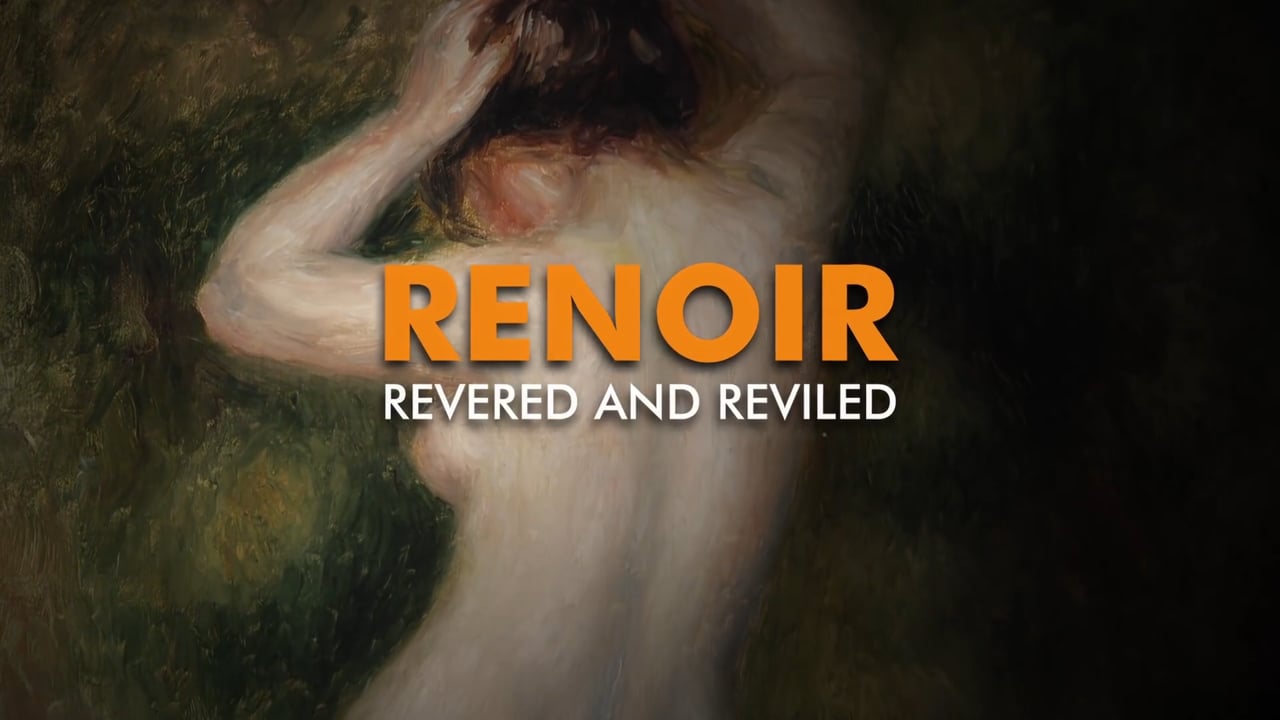 Renoir – Revered and Reviled: Pierre-Auguste Renoir is known and loved for his impressionist paintings of Paris. These paintings count among the world’s favourites. Renoir, however, grew tired of this style and changed course.

This stunning film – based on the remarkable collection of 181 Renoirs at the Barnes Foundation in Philadelphia – examines the direction he then took and why it provokes such extreme reactions right up to today. Some claim they are repulsed by Renoir’s later works and some claim they are seduced.

Pierre-Auguste Renoir was a French artist who was a leading painter in the development of the Impressionist style. As a celebrator of beauty and especially feminine sensuality, it has been said that “Renoir is the final representative of a tradition which runs directly from Rubens to Watteau.”

Renoir’s paintings are notable for their vibrant light and saturated color, most often focusing on people in intimate and candid compositions. The female nude was one of his primary subjects. However, in 1876, a reviewer in Le Figaro wrote “Try to explain to Monsieur Renoir that a woman’s torso is not a mass of decomposing flesh with those purplish green stains that denote a state of complete putrefaction in a corpse.”  Yet in characteristic Impressionist style, Renoir suggested the details of a scene through freely brushed touches of colour, so that his figures softly fuse with one another and their surroundings.

His initial paintings show the influence of the colorism of Eugène Delacroix and the luminosity of Camille Corot. He also admired the realism of Gustave Courbet and Édouard Manet, and his early work resembles theirs in his use of black as a color. Renoir admired Edgar Degas’ sense of movement. Other painters Renoir greatly admired were the 18th-century masters François Boucher and Jean-Honoré Fragonard.

Renoir - Revered and Reviled: Pierre-Auguste Renoir is known and loved for his impressionist paintings of Paris.