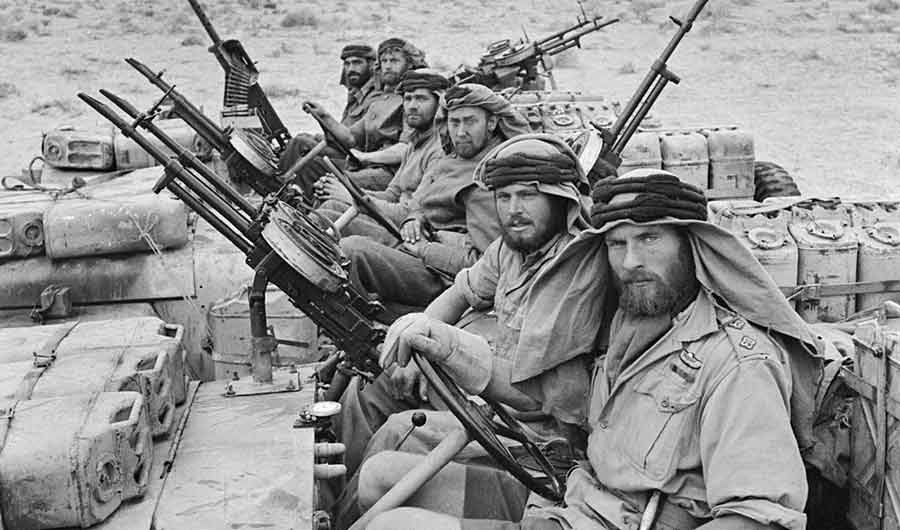 SAS – Rogue Warriors episode 1: The remarkable story behind an extraordinary fighting force. Episode one tells the story of the founding of the SAS in the heat of the north African desert in 1941.

The Special Air Service is the world’s most famous combat unit, with the motto Who Dares Wins, but the story of how it came into existence has been, until now, a closely guarded secret. For the first time, the SAS has agreed to open up its archive and allow Ben Macintyre to reveal the true story of their formation during the darkest days of World War Two.

With unprecedented access to the SAS secret files, unseen footage and exclusive interviews with its founder members, this series tells the remarkable story behind an extraordinary fighting force.

Episode one tells the story of the founding of the SAS in the heat of the north African desert in 1941. David Archibald Stirling is an aristocratic dreamer who had once held ambitions to be an artist or perhaps a famous mountaineer but now, with the war in the desert reaching its most desperate stage, Stirling has a vision for a new kind of war: attacking the enemy where they least expect it – from behind their own lines.

But Stirling is up against the many in British High Command who do not want to see him succeed with his radical new way of warfare. Against the odds, Stirling wins through and helps the Allies towards victory in the desert. The cost is high. In combat, Stirling loses lieutenant Jock Lewes, his right-hand man. With his brilliant training methods and invention of a new weapon, Lewes has proved vital to making Stirling’s dream of a crack fighting force a reality. Stirling must soldier on alone.

The Special Air Service (SAS) is a special forces unit of the British Army. The SAS was founded in 1941 as a regiment, and later reconstituted as a corps in 1950. The unit undertakes a number of roles including covert reconnaissance, counter-terrorism, direct action and hostage rescue. Much of the information and actions regarding the SAS is highly classified, and is not commented on by the British government or the Ministry of Defence due to the sensitivity of their operations.

SAS - Rogue Warriors episode 1: Episode one tells the story of the founding of the SAS in the heat of the north African desert in 1941.

Pompeii – Life and Death in a Roman Town

Hannibal in the Alps