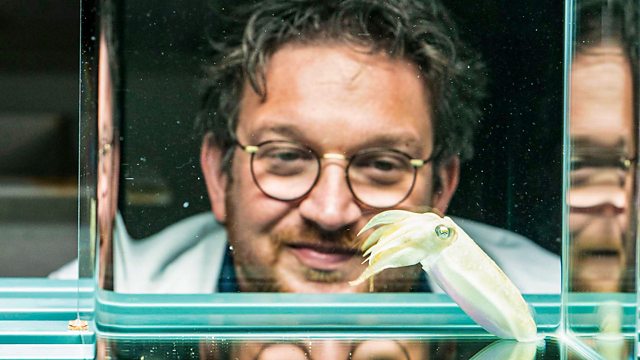 Secrets of Skin episode 5 – Defence: What is the most toxic animal on earth? How are porcupine quills helping us in medicine? Why is a rhino armour plated, and it is not to protect them from lions? Professor Ben Garrod discovers the complex ways, from camouflage to deadly toxins, in which the skin helps defend animals against threats of all kinds. From the barbed quills of the North American porcupine to the battering ram of a rhino’s horn, the skin has developed an impressive armoury of weapons and warnings to keep predators at bay.

With experiments and specialist factual insight, Professor Ben Garrod reveals the toughest and most resilient of animals defend themselves through their skin. One of the most iconic warnings in nature is that of the rattlesnake. Ben takes a teaching sample of a rattlesnake’s tail to the University of Bristol to test just how fast it can vibrate. He uncovers how poison-dart frogs produce their toxins, and how cuttlefish are the masters of disguise when it comes to hiding in plain sight.

Skin is the layer of usually soft, flexible outer tissue covering the body of a vertebrate animal, with three main functions: protection, regulation, and sensation. Other animal coverings, such as the arthropod exoskeleton, have different developmental origin, structure and chemical composition. The adjective cutaneous means “of the skin” (from Latin cutis ‘skin’). In mammals, the skin is an organ of the integumentary system made up of multiple layers of ectodermal tissue and guards the underlying muscles, bones, ligaments, and internal organs.

All mammals have some hair on their skin, even marine mammals like whales, dolphins, and porpoises that appear to be hairless. The skin interfaces with the environment and is the first line of defense from external factors. For example, the skin plays a key role in protecting the body against pathogens and excessive water loss. Its other functions are insulation, temperature regulation, sensation, and the production of vitamin D folates. Severely damaged skin may heal by forming scar tissue. This is sometimes discoloured and depigmented. The thickness of skin also varies from location to location on an organism. In humans, for example, the skin located under the eyes and around the eyelids is the thinnest skin on the body at 0.5 mm thick and is one of the first areas to show signs of aging such as “crows feet” and wrinkles. The skin on the palms and the soles of the feet is the thickest skin on the body as 4 mm thick. The speed and quality of wound healing in skin is promoted by the reception of estrogen.

Secrets of Skin episode 5 - Defence: What is the most toxic animal on earth? How are porcupine quills helping us in medicine?