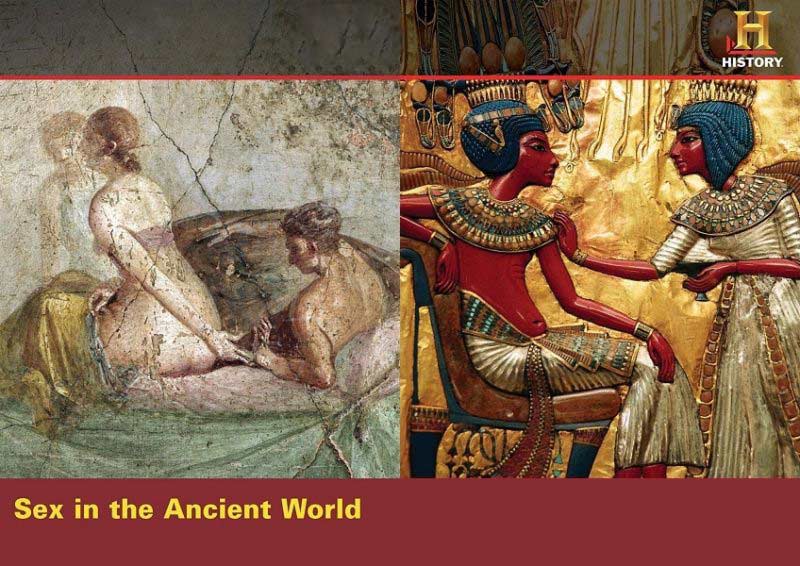 Sex in the Ancient World — Pompeii and Egypt

Sex in the Ancient World: In the beginning was sex. To the ancient cultures, sexuality, love and sex were inextricably connected with the creation of the earth, the heavens and the underworld. To the citizens of the ancient civilizations that gave birth to ours, sensuality and sexuality were an integral part of society.

Sex in the Ancient World – Pompeii

This intriguing look at the sexual practices of ages past focuses on the infamous location of Pompeii, home to the oldest known brothel in the historical world. The excavations of Pompeii reveal a thriving sex industry with prostitutes ranging from female slaves to male celebrities. But like today sexual promiscuity was not considered proper or even legal.

This program examines how such blatant behavior could flourish under fairly strict social norms and whether Pompeii was a sexual hot spot or reflects common practice in the Roman Empire. With commentary from historians and archaeologists, the film explains how issues like prostitution and sexual slavery affected the world of ancient Rome.

Sex in the Ancient World – Egypt

For centuries, the sex lives of the Ancient Egyptians have been hidden away from history. Even today, some sexual images from Ancient Egypt are still censored by the authorities and concealed deep in the vaults of museum collections. In this candid and evocative program, take a fascinating journey back in time to discover the true story behind sex in Ancient Egypt. Join the experts as they reveal the meaning of sexually explicit graffiti, thousands of years old, found on the walls of an ancient limestone tomb near the Valley of the Kings.

This series exploration of Egyptian and Roman sexual practice allows viewers the opportunity to see how attitudes and beliefs about sexuality functioned in the early civilizations, and how those attitudes reveal the unspoken rules that defined public and private behavior. Episodes cover human sex and sexuality from a historical perspective, and examines in detail different texts and images which provide us with evidence about sexual practices, beliefs and ideologies in the ancient world – from erotica on pots to legal texts, phallic votive objects, fertility ceremonies, prostitution, female and hermaphroditic creator deities, from religious rituals to sex manuals.

Title
Sex in the Ancient World — Pompeii and Egypt
Description

In the beginning was sex. To the ancient cultures, sexuality, love and sex were inextricably connected with the creation of the earth, the heavens and the underworld.

Rosslyn Chapel: A Treasure in Stone