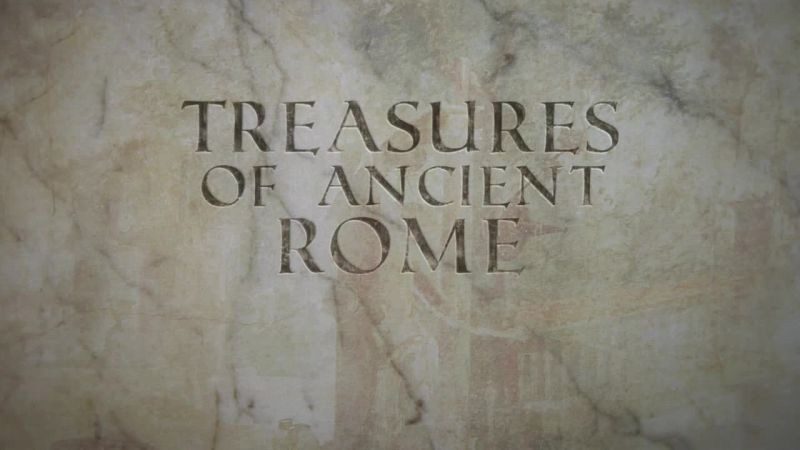 Alastair Sooke takes an in-depth look at the art of the Roman Empire. The Romans were brilliant engineers and soldiers, but what isn’t as well known is that they also gave us wonderful artistic treasures.

In this three-part series, Alastair Sooke argues that the old-fashioned view that the Romans didn’t do art is nonsense. He traces how the Romans during the Republic went from being art thieves and copycats to pioneering a new artistic style – warts ‘n’ all realism.

Roman portraits reveal what the great names from history, men like Julius Caesar and Cicero, actually looked like. Modern-day artists demonstrate the ingenious techniques used to create these true to life masterpieces in marble, bronze and paint. We can step back into the Roman world thanks to their invention of the documentary-style marble relief and to a volcano called Vesuvius. Sooke explores the remarkable artistic legacy of Pompeii before showing how Rome’s first emperor, Augustus, used the power of art to help forge an empire.

Alastair Sooke follows in the footsteps of Rome’s mad, bad and dangerous emperors in the second part of his celebration of Roman art. He dons a wetsuit to explore the underwater remains of the Emperor Claudius’s pleasure palace and ventures into the cave where Tiberius held wild parties. He finds their taste in art chimes perfectly with their obsession with sex and violence.

The other side of the coin was the bombastic art the Romans are best remembered for – monumental arches and columns that boast about their conquests. Trajan’s Column in Rome reads like the storyboard of a modern-day propaganda film. Sooke concludes with the remarkable legacy of the Emperor Hadrian. He gave the world the magnificent Pantheon in Rome – the eternal image of his lover Antinous, the most beautiful boy in the history of art – and a villa in Tivoli where he created one of the most ambitious art collections ever created.

Alastair Sooke charts the decline and fall of the Roman Empire through some of its hidden and most magical artistic treasures. He travels to Leptis Magna in Libya, shortly after the overthrow of Gaddafi, and finds one of the best preserved Roman cities in the world and the cradle of later Roman art. Sooke discovers glorious mosaics which have never been filmed before but also finds evidence of shocking neglect of Libya’s Roman heritage by the Gaddafi regime.

His artistic tour takes him to Egypt and the northern frontiers of the empire where he encounters stunning mummy paintings and exquisite silver and glassware. As Rome careered from one crisis to another, official art became more hard boiled and militaristic and an obscure cult called Christianity rose up to seize the mantle of Western art for centuries to come.

The Treasures of Ancient Rome : in this three-part series, Alastair Sooke argues that the old-fashioned view that the Romans didn't do art is nonsense.

Sex in the Ancient World

Civilisations episode 5 – The Triumph of Art