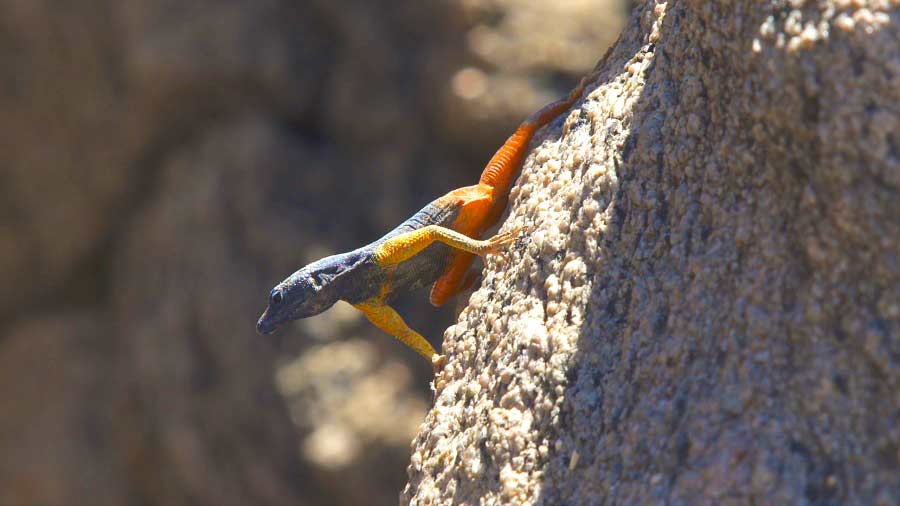 Great Parks of Africa episode 9 : The Orange River travels almost two-thirds the length of South Africa to reach its most scenic checkpoint: The mighty Augrabies Falls. Widely regarded as one of the six great waterfalls on Earth, it is also an interminable source of hydration and food for the wildlife that live near its waters.

Augrabies Falls National Park is a national park located around the Augrabies Falls, about 120 km west of Upington in the Northern Cape Province, South Africa. It was established in 1966. The Augrabies Falls National Park covers an area of 820 km² and stretches along the Orange River. The area is very arid. The waterfall is about 60 metres high and is awe-inspiring when the river is in flood. The gorge below the falls averages about 240 m deep and runs for 18 kilometres. The gorge provides an impressive example of erosion into a granitic basement.

The original Khoikhoi people named the waterfall Ankoerebis, meaning the “place of big noises”. The Khoi and San communities within the greater national park inhabit domed huts called ‘matjiehuise’ (mat houses). The huts are ideal for both hot and cold climates. During hot temperatures the tree stems from which the mats are created shrink, which allows gaps to appear – creating a cooling ventilation system. The inverse occurs during cold climates, as the stems expand to keep the cold out. The Trekboers who later settled in the area derived the name Augrabies. The name is sometimes spelt Aughrabies. There are many deposits of alluvial diamonds along the Orange River and legend has it that the biggest cache of diamonds in the world lies in the swirl-hole eroded into the granite at the foot of the waterfall by the thundering waters.

The Orange River travels almost two-thirds the length of South Africa to reach its most scenic checkpoint: The mighty Augrabies Falls.

A Park for All Seasons from Above episode 4 – Arctic Homeland