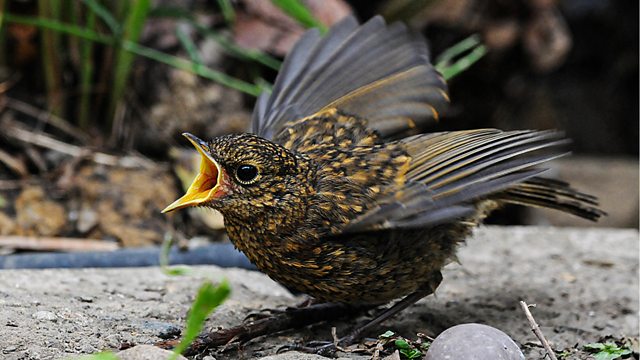 This year, the Springwatch cameras are following the fortunes of bird families in the Somerset levels and in the wild and rugged Brecon Beacons. With no boat traffic on the Thames, Steve Backshall is witnessing beautiful aquatic insect hatches providing food for a host of birds like swallows and even red kites. Intrepid sound recordist Gary Moore records the incredible urban dawn chorus of songbirds which have been such a feature of spring 2020.

The red kite (Milvus milvus) is a medium-large bird of prey in the family Accipitridae, which also includes many other diurnal raptors such as eagles, buzzards, and harriers. The species currently breeds in the Western Palearctic region of Europe and northwest Africa, though it formerly also occurred in northern Iran. It is resident in the milder parts of its range in western Europe and northwest Africa, but birds from northeastern and Central Europe winter further south and west, reaching south to Turkey. Vagrants have reached north to Finland and south to Palestine and Israel, Libya and Gambia.

Usually red kites first breed when they are two years old, although exceptionally they can successfully breed when they are only one year old. They are monogamous and the pair-bond in resident populations is probably maintained during the winter, particularly when the pair remain on their breeding territory. For migrant populations the fidelity to a particular nesting site means that the pair-bond is likely to be renewed each breeding season.

The nest is normally placed in a fork of a large hardwood tree at a height of between 12 and 15 m (39 and 49 ft) above the ground. A pair will sometimes use a nest from the previous year and can occasionally occupy an old nest of the common buzzard. The nest is built by both sexes. The male brings dead twigs 30–50 cm (12–20 in) in length which are placed by the female. The nest is lined with grass and sometimes also with sheep’s wool. Unlike the black kite, no greenery is added to the nest. Both sexes continue to add material to the nest during the incubation and nestling periods. Nests vary greatly in size and can become large when the same nest is occupied for several seasons.

Springwatch episode 2 2020: Chris, Gillian and Iolo are live again close to their respective homes, where events have already created dramas.