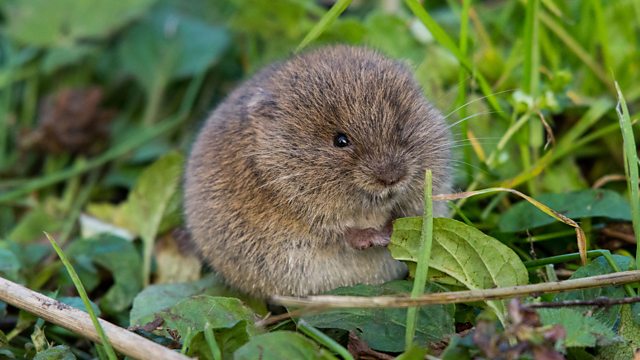 Springwatch episode 4 2021: Iolo’s on a mission to see one of the most photogenic birds in the UK: the black-throated diver. There are live updates from Chris and Michaela in Norfolk – is there any sign of the elusive and rare turtle dove? Gillian enters the twilight zone to check out a British shark that can glow in the dark. And find out why water voles are choosing city life over country living.

The black-throated loon (Gavia arctica), also known as the Arctic loon and the black-throated diver, is a migratory aquatic bird found in the northern hemisphere, primarily breeding in freshwater lakes in northern Europe and Asia. It winters along sheltered, ice-free coasts of the north-east Atlantic Ocean and the eastern and western Pacific Ocean. This loon was first described by Carl Linnaeus in 1758. It has two subspecies. It was previously considered to be the same species as the Pacific loon, of which it is traditionally considered to be a sister species, although this is debated. In a study that used mitochondrial and nuclear intron DNA, the black-throated loon was found to be sister to a clade consisting of the Pacific loon and two sister species, the common loon and the yellow-billed loon.

The black-throated loon measures about 70 cm (28 in) in length and can weigh anywhere from 1.3 to 3.4 kilograms (2.9 to 7.5 lb). In breeding plumage, the adult of the nominate subspecies has mostly black upperparts, with the exception of some of the mantle and scapulars, which have white squares. The head and hindneck are grey, and the sides white and striped black. Most of the throat is also black, giving this bird the name “black-throated loon”.

The colour of the throat patch can be used to distinguish the two subspecies; the throat patch of the other subspecies, G. a. viridigularis, is green. The underparts are mostly white, including the bottom of the throat. The flanks are also white, a feature which can be used to separate this bird from the Pacific loon. When it is not breeding, the black patch on the throat is absent, replaced with white; most of the black lines on the throat are also missing, except those on the bottom sides, and the upperparts are unpatterned with the exception of a few white spots on the upperwing. The juvenile is similar to the non-breeding adult, except more brown overall.

Springwatch episode 4 2021: Iolo’s on a mission to see one of the most photogenic birds in the UK: the black-throated diver.