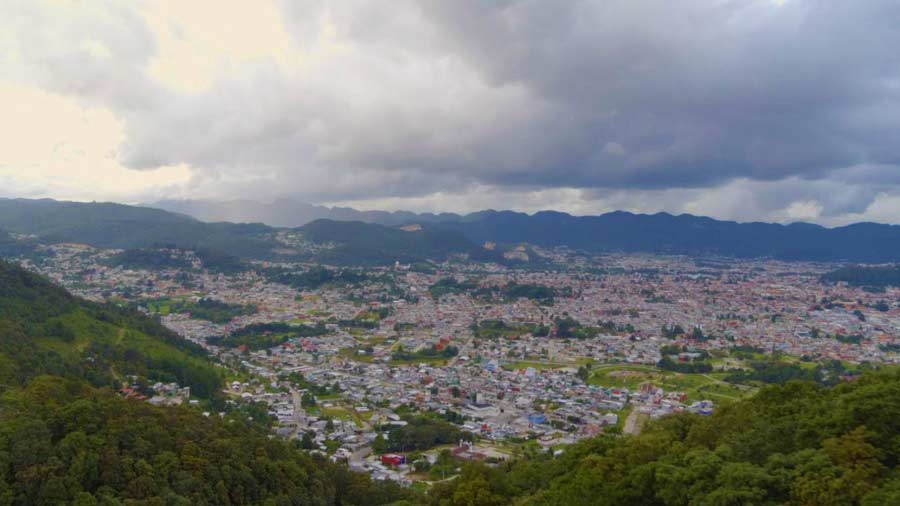 The Americas with Simon Reeve episode 4: In this fourth leg of the journey, Simon travels through Texas and down the length of Mexico.

Simon Reeve continues his journey through the Americas.

In Texas, Simon joins the US Border Patrol, who constantly pick up migrants who have illegally crossed the dangerous Rio Grande river in search of a new life in the United States. In the midst of this humanitarian crisis, Simon meets one woman who risks her life to take vital supplies across the border to stranded migrants on the Mexican side of the border in one of the most violent cities in Mexico. Much of the city of Reynosa is in the grip of a powerful criminal organisation, the Gulf Cartel. Simon visits the elite police force tasked with taking on an enemy that uses high-tech surveillance and an arsenal of US-manufactured weapons to control the border city.

In southern Mexico, Simon visits Chiapas, a state with spectacular scenery, culture and history. Chiapas is also home to the largest indigenous population in Mexico, who trace their ancestry to the ancient Mayans. In the depths of the rainforest, Simon explores the Mayan city of Yaxchilan, once a thriving hub of a hugely sophisticated civilisation that prospered long before European settlers arrived in the Americas. Simon discovers that today’s indigenous communities have been marginalised, and many complain they are treated as second-class citizens in Mexico. Until the middle of the 20th century, the Lacandon people had little contact with the outside world. Most still live in the forest like their Mayan ancestors, but as Simon finds out, their beautiful home could be lost to logging and farming in less than a decade.

The Americas with Simon Reeve episode 4: In this fourth leg of the journey, Simon travels through Texas and down the length of Mexico.