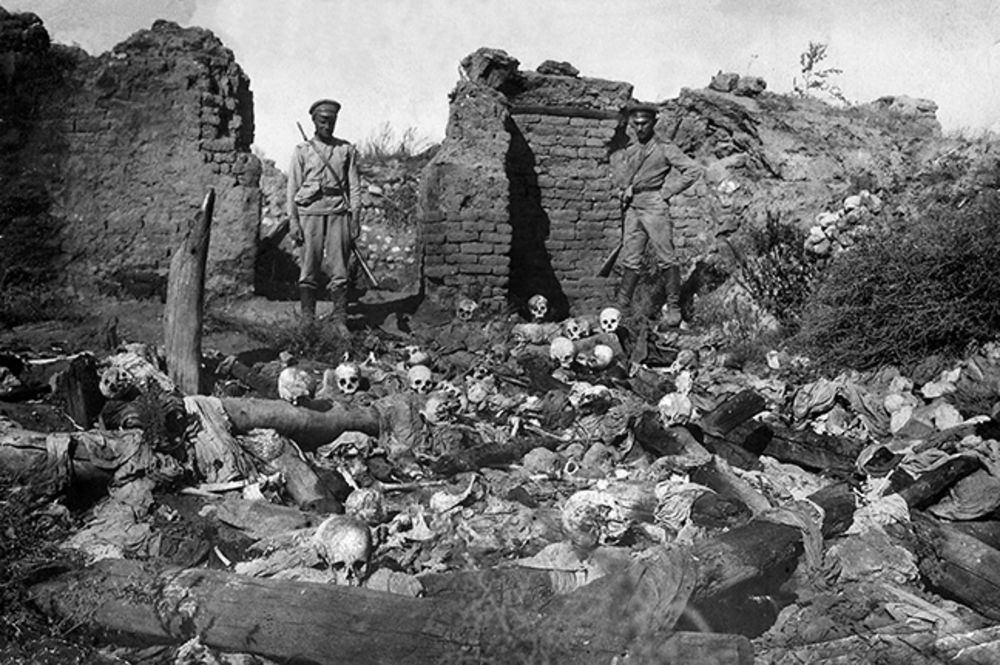 The Armenian Genocide: More than one million Armenians perished between 1915 and 1916 in massacres or brutal deportation programs.

It was one of the 20th century´s worst genocides, and one of its most controversial. It has been the subject of bitter legal battles, with Turkey still denying it ever happened. In an attempt to understand the origins, nature and stakes of the Armenian Genocide, Laurence Jourdan went back in time to look at massacres of Armenians in the decades leading up to the mass murder, and analyse the geopolitical situation both before and after the genocide. The film is peppered with reports and documents written by Western diplomats stationed in the Ottoman Empire when the events unfolded, giving us a remarkable look at the methods used and the deportation routes. These accounts are mixed with personal stories from genocide survivors who are still living, as well as archive footage from Ottoman authorities.

The Armenian Genocide[a] (also known as the Armenian Holocaust) was the systematic mass extermination and expulsion of 1.5 million ethnic Armenians within the Ottoman Empire (most of whom were citizens) by the Ottoman government from approximately 1914 to 1923. The starting date is conventionally held to be 24 April 1915, the day that Ottoman authorities rounded up, arrested, and deported from Constantinople (now Istanbul) to the region of Angora (Ankara), 235 to 270 Armenian intellectuals and community leaders, the majority of whom were eventually murdered.

The genocide was carried out during and after World War I and implemented in two phases—the wholesale killing of the able-bodied male population through massacre and subjection of army conscripts to forced labour, followed by the deportation of women, children, the elderly, and the infirm on death marches leading to the Syrian Desert. Driven forward by military escorts, the deportees were deprived of food and water and subjected to periodic robbery, rape, and massacre. Most Armenian diaspora communities around the world came into being as a direct result of the genocide.

Other ethnic groups were similarly targeted for extermination in the Assyrian genocide and the Greek genocide, and their treatment is considered by some historians to be part of the same genocidal policy.

The Armenian Genocide: More than one million Armenians perished between 1915 and 1916 in massacres or brutal deportation programs.