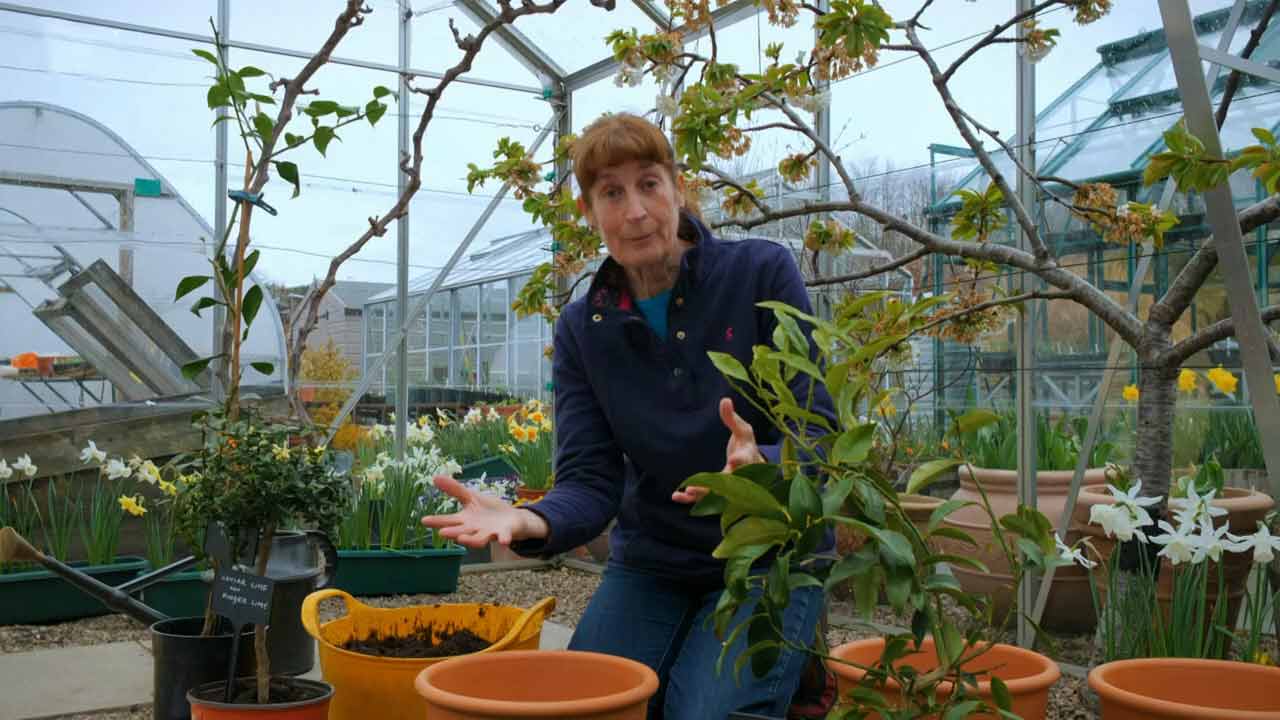 The Beechgrove Garden 2021 episode 5: Carole and Mairi set about fixing, feeding and repairing the Beechgrove lawns, while Kirsty creates a new living lawn.

Meanwhile, Brian is in his family garden at Old Scone and encouraging us not to mow, or if we do mow, to use a hand-push mower. And Chris Beardshaw provides an update on the projects that he started in his home garden last year, including his attempt to cure the dreaded box blight.

Box blight is a fungal disease of box resulting in bare patches and die-back, especially in topiary and parterres. Box blight is a disease of box leaves and stems caused by the fungus Cylindrocladium buxicola (syn. Calonectria pseudonaviculata). Box blight doesn’t kill the roots of box plants. Cylindrocladium buxicola is divided into two genetic types which differ in their sensitivity to some fungicides (triazoles). It largely affects Buxus spp. (box) in the UK, but other plants in the Buxaceae family are also susceptible.

Hold any commercially sourced plants in isolation for at least four weeks to confirm they are free of infection before planting out. Commercial nurseries may use fungicides which suppress but do not kill the fungus, and this isolation technique will allow time for suppressed disease to become visible. Taking cuttings from healthy box in your garden will reduce the risk of introducing the disease.

Inspect plants for early symptoms as box blight spreads very rapidly in warm and humid conditions and is difficult to manage.

Reduce the frequency of clipping to create more ventilation throughout the plants (regular pruning creates dense foliage and less air movement). Prune a hedge with a convex top rather than flat and prune only in dry conditions. Clean pruning tools with a garden disinfectant or mild bleach solution between different areas of the garden and between gardens to minimise unwitting spread of the disease.

The Beechgrove Garden 2021 episode 5: Carole set about fixing, feeding and repairing the Beechgrove lawns, while Kirsty creates a new lawn.