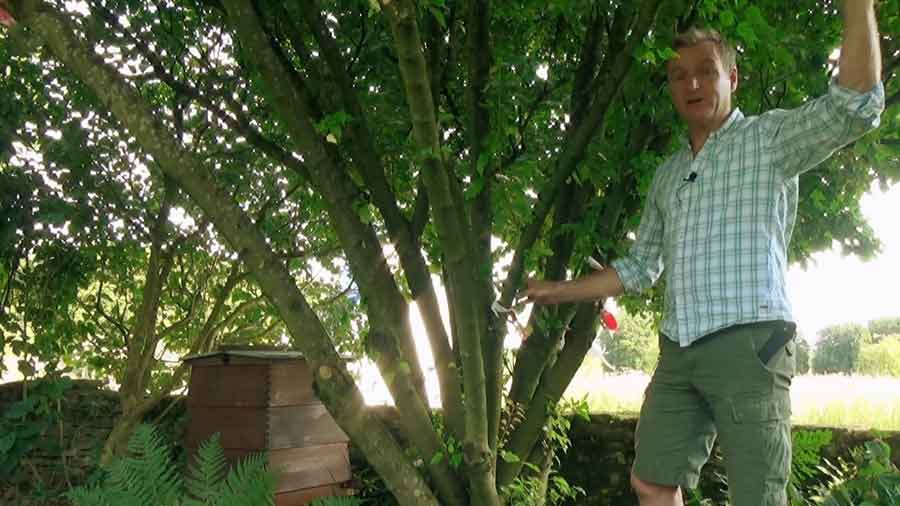 The Beechgrove Garden episode 19 2020: George and Kirsty both show how to grow plants for free from seeds and cuttings while Chris shows how to summer prune a mature tree. There is also a film from Calum Cluny, the youngest allotment holder in Leven, whose allotment is bursting at the seams with colour and produce.

Beechgrove is a hardy annual TV gardening series which sets out to deal with, glory in and celebrate Scottish horticulture and growing conditions. Beechgrove is and always has been a firmly practical, get-your-hands-dirty gardening programme which delights in success but also learns from failures in the garden and never takes itself too seriously.

Ornamental garden trees require minimal maintenance, but a little sensible pruning can ensure the tree remains healthy and safe and grows in an attractive shape. This advice is suitable for open-grown ornamental trees. Although pruning does make trees slightly smaller than they would be without pruning, attempting to keep a big tree small by pruning is usually unsuccessful. This advice does not apply to restricted tree forms such as fans and espaliers.

Deciduous trees (ones that lose their leaves in winter) are usually pruned in autumn and winter. In some cases, for example with magnolias and walnuts, pruning is best done in late summer, as healing is quicker.

Trees such as Prunus sp, which are prone to silver leaf disease are best pruned from April to July when the disease spores are not on the wind, and the tree sap is rising rather than falling (which pushes out infection rather than drawing it in).

Some trees can bleed sap if pruned in late winter and early spring. Although seldom fatal, this is unsightly and can weaken the tree. Birches and walnuts often bleed if pruned at the wrong time. Summer pruning can be useful to check over-vigorous growth, for example in suckering species of Populus, or restricted forms of fruit such as espalier apples. This pruning is generally light, and is carried out late enough not to promote new growth. Similarly, healthy trees will generally tolerate minor pruning in the summer months, for example, corrective pruning to raise hanging branches, or removing weak growth, which can be easier to assess in full leaf.

The Beechgrove Garden episode 19 2020: George and Kirsty both show how to grow plants for free from while Chris shows how to prune a tree.