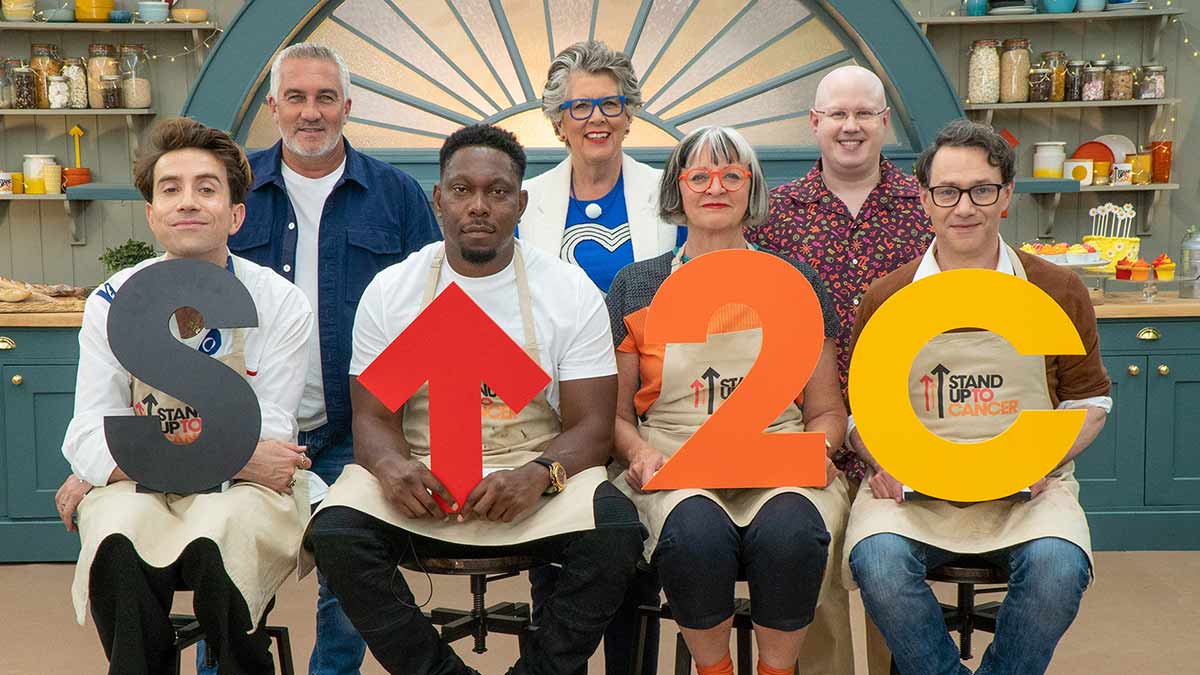 The Great Celebrity Bake Off for SU2C episode 3

The Great Celebrity Bake Off for SU2C episode 3: Dizzee Rascal, Nick Grimshaw, Philippa Perry and Reece Shearsmith tackle vegetable slices, a royal technical and a ‘selfie’ made entirely from biscuit.

MC Dizzee Rascal, radio DJ Nick Grimshaw, psychologist Philippa Perry and actor-writer Reece Shearsmith brave the baking tent in the name of charity. All that stands between them and the title of Star Baker are three challenges – vegetable slices, a `right royal’ technical and a biscuit selfie depicting themselves at work. Paul Hollywood and Prue Leith judge their efforts, while Matt Lucas shouts out how much time is remaining in a silly voice.

The Great Celebrity Bake Off for SU2C episode 3

There’s a special delight in these charity episodes of Bake Off as the contestants are there just for fun and fund-raising, rather than baking life-defining cakes because a career in baking would mean everything to them, and the judges rein in the ruthlessness with a bit of a twinkle.

Another quartet of celebs puts on their aprons to urge us to give to Channel 4’s Stand Up to Cancer appeal – Dizzee Rascal, radio DJ Nick Grimshaw, psychotherapist and co-host of Grayson’s Art Club, Philippa Perry, and Inside No 9’s Reece Shearsmith. They are called upon to rustle up vegetable slices and must give their all in the showstopper by baking a biscuit selfie of themselves.

Title
The Great Celebrity Bake Off for SU2C episode 3
Description