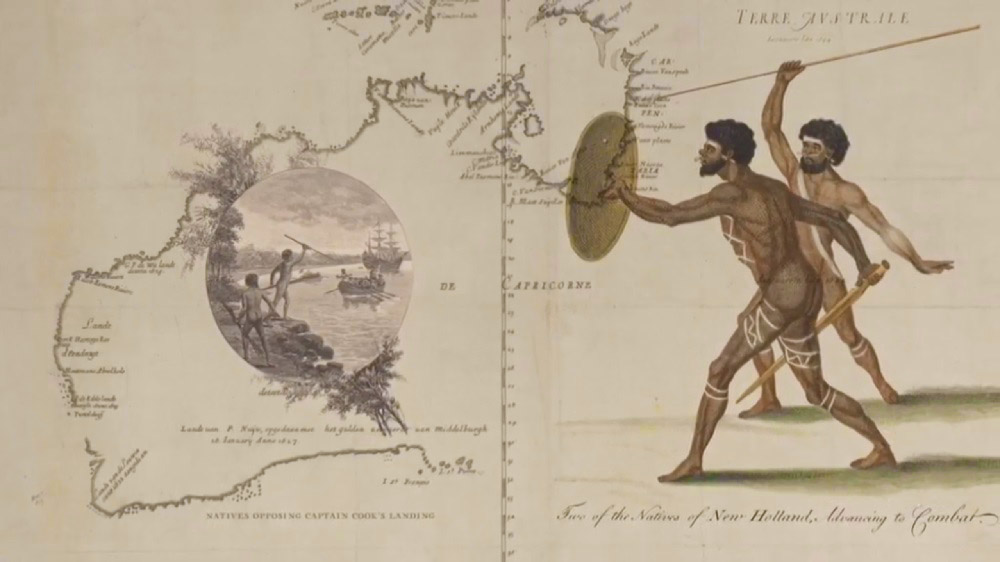 Having fulfilled his Admiralty brief Captain Cook opted to tale the long way back to Britain so he could chart the East Coast of Australia and explore the mysterious land. The Aboriginal people showed more caution than their Polynesian counterparts upon the Endeavour’s arrival seemingly indifferent to the strangers and wishing them gone.

This understandable reticence was misinterpreted and later led to the myth of Terra Nullius Sam travels from Botany Bay up the east coast to Cooktown, learning about a country that far from being nobodies’ land was comprehensively inhabited by a well-established culture.

The Pacific In The Wake of Captain Cook with Sam Neill ep. 3

Title
The Pacific In The Wake of Captain Cook with Sam Neill ep. 3
Description

Having fulfilled his Admiralty brief Captain Cook opted to tale the long way back to Britain so he could chart the East Coast of Australia and explore the mysterious land.