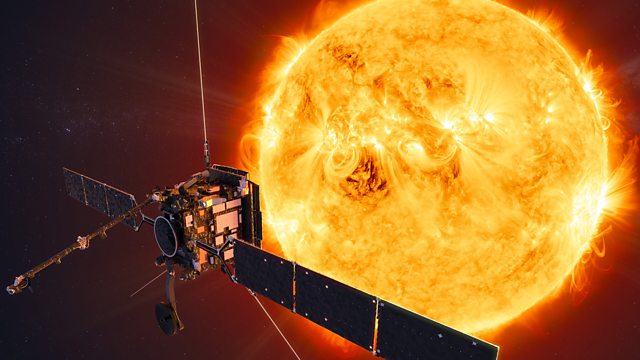 The Sky at Night – Here Comes the Sun: Esa’s solar orbiter was launched from Cape Canaveral earlier this year on a decade long mission to discover the secrets of our sun. And the Sky at Night was there to capture all the action. Two aspects of this mission make it unique. First, the spacecraft is designed to capture the highest resolution images of the sun ever taken. And then it will orbit the sun to give us a glimpse of what’s happening at the its poles, areas we have never seen before.

In this programme, we discover just how this spacecraft was built, how it will protect itself against the sun’s searing heat and how it will investigate the mysteries of the sun with a suite of ten instruments designed and built across 17 European countries.

The Sky at Night – Here Comes the Sun

The European Space Agency is an intergovernmental organisation of 22 member states dedicated to the exploration of space. Established in 1975 and headquartered in Paris, ESA has a worldwide staff of about 2,200 in 2018 and an annual budget of about €6.68 billion (~US$7.43 billion) in 2020.

The main European launch vehicle Ariane 5 is operated through Arianespace with ESA sharing in the costs of launching and further developing this launch vehicle. The agency is also working with NASA to manufacture the Orion Spacecraft service module, that will fly on the Space Launch System.

The Western European nations decided to have two agencies: one concerned with developing a launch system, ELDO (European Launch Development Organization), and the other the precursor of the European Space Agency, ESRO (European Space Research Organisation). The latter was established on 20 March 1964 by an agreement signed on 14 June 1962. From 1968 to 1972, ESRO launched seven research satellites.

Title
The Sky at Night - Here Comes the Sun
Description

The Sky at Night - Here Comes the Sun: Esa’s solar orbiter was launched from Cape Canaveral earlier this year on a decade long mission to discover the secrets of our sun.