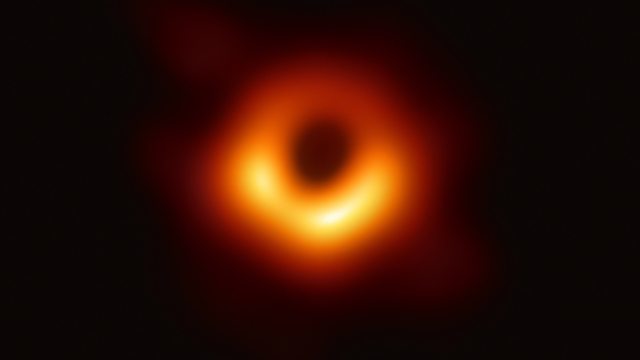 The Sky at Night episode reveals how the first picture of a supermassive black hole was captured. When the photograph of the hole at the heart of the M87 galaxy was released in April, it captured the world’s imagination and made headlines everywhere.

Chris Lintott reports from behind the scenes, meeting the scientists from the Event Horizon Telescope who worked for a decade to capture the image. And Maggie Aderin-Pocock reveals the mysterious and terrifying power of this astonishing cosmic phenomenon.

Supermassive black holes have properties that distinguish them from lower-mass classifications. First, the average density of a SMBH (defined as the mass of the black hole divided by the volume within its Schwarzschild radius) can be less than the density of water in the case of some SMBHs. This is because the Schwarzschild radius is directly proportional to its mass.

The Sky at Night episode reveals how the first picture of a supermassive black hole was captured.

Gravity and Me – The Force That Shapes Our Lives

The Joy of Stats