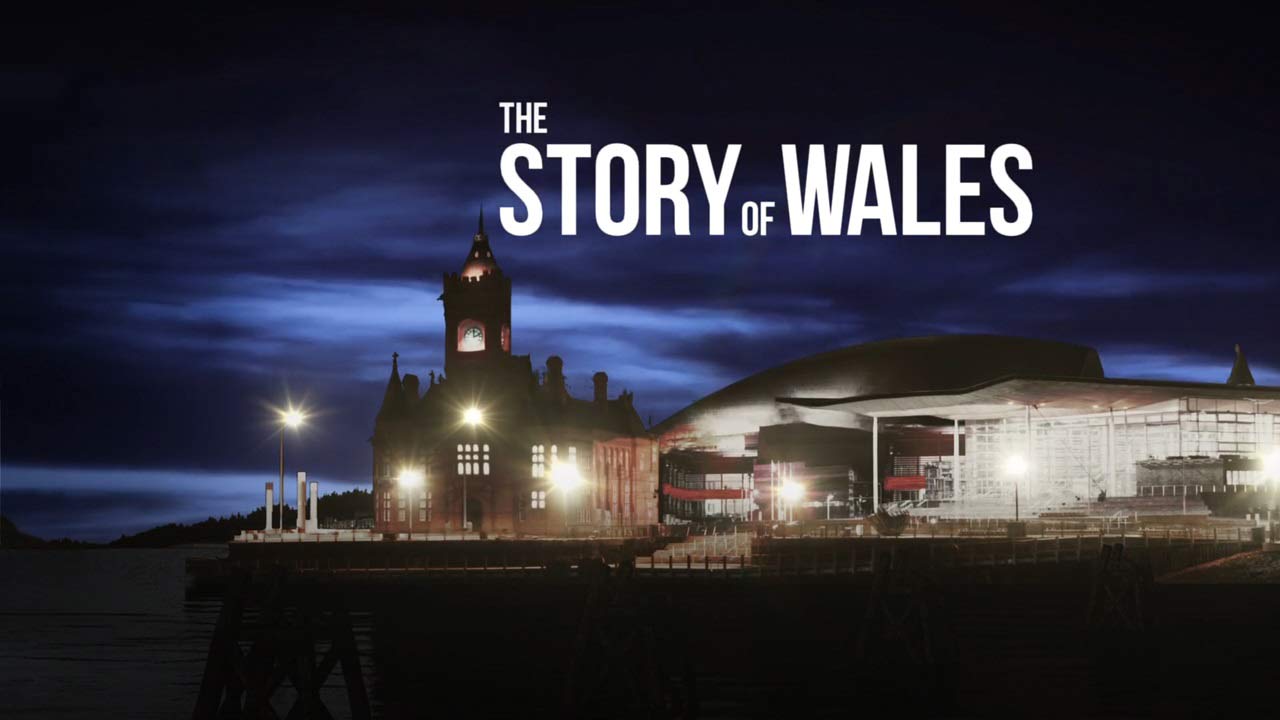 The Story of Wales episode 1

The Story of Wales episode 1: Huw Edwards presents this major television history of Wales, showing our country in ways it has never been seen before. Thirty thousand years in the making, this story begins with the drama of the earliest-known human burial in western Europe. Huw delves into the biggest prehistoric copper mine in the world, and visits the mesmerising site of an Iron Age hillfort. He reveals the true scale of the Roman occupation, and shows how Welsh saints carried the light of the gospel to the rest of the Celtic world, and left a mark on their homeland that we can all still read today.

Huw Edwards presents this history of Wales, showing the country in ways it’s never been seen before. From prehistoric times, to power struggles with the barons, and England, through to the industrial revolution and today this history is comprehensive and is a compulsive viewing.

The Story of Wales episode 1

Wales is a country that is part of the United Kingdom. It is bordered by England to the east, the Irish Sea to the north and west, the Celtic Sea to the south west and the Bristol Channel to the south. It had a population in 2021 of 3,107,500 and has a total area of 20,779 km2 (8,023 sq mi). Wales has over 1,680 miles (2,700 km) of coastline and is largely mountainous with its higher peaks in the north and central areas, including Snowdon (Yr Wyddfa), its highest summit. The country lies within the north temperate zone and has a changeable, maritime climate. The capital and largest city is Cardiff.

Welsh national identity emerged among the Celtic Britons after the Roman withdrawal from Britain in the 5th century, and Wales is regarded as one of the modern Celtic nations. The conquest of Wales by Edward I of England was completed by 1283, though Owain Glyndŵr rebelled against English rule in the early 15th century and briefly re-established an independent Welsh principality. The whole of Wales was annexed by England and incorporated within the English legal system under the Laws in Wales Acts 1535 and 1542.

The Roman conquest of Wales began in AD 48 and took 30 years to complete; the occupation lasted over 300 years. The campaigns of conquest were opposed by two native tribes: the Silures and the Ordovices. Roman rule in Wales was a military occupation, save for the southern coastal region of south Wales, where there is a legacy of Romanisation. The only town in Wales founded by the Romans, Caerwent, is in south east Wales. Both Caerwent and Carmarthen, also in southern Wales, became Roman civitates. Wales had a rich mineral wealth. The Romans used their engineering technology to extract large amounts of gold, copper and lead, as well as lesser amounts of zinc and silver.

No significant industries were located in Wales in this time; this was largely a matter of circumstance as Wales had none of the necessary materials in suitable combination, and the forested, mountainous countryside was not amenable to industrialisation. Latin became the official language of Wales, though the people continued to speak in Brythonic. While Romanisation was far from complete, the upper classes came to consider themselves Roman, particularly after the ruling of 212 that granted Roman citizenship to all free men throughout the Empire. Further Roman influence came through the spread of Christianity, which gained many followers when Christians were allowed to worship freely; state persecution ceased in the 4th century, as a result of Constantine I issuing an edict of toleration in 313.

The Story of Wales episode 1: Huw Edwards presents this major television history of Wales, showing our country in ways it has never been seen before.