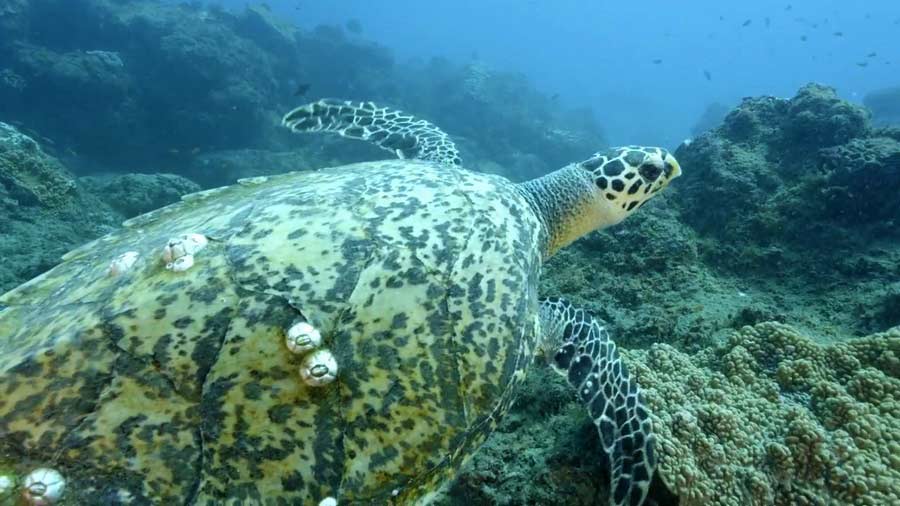 Waterworld Africa episode 7 – Source to Sea: Many of the great rivers of southern Africa start high up in mountain ranges, power their way eastwards across wild forests and grasslands, and eventually empty out into the Indian Ocean. Ride the currents of these powerful bodies of water as they reshape the lives of the wild animals who rely on them.

Embark on a safari to a diverse and astonishing wilderness, like no other on Earth. From the mangrove forests of southern Africa to the natural abundance of the Okavango Delta, this series is a powerful testament to the amazing ability water has to spark life where none existed before.

The Indian Ocean is the third-largest of the world’s oceanic divisions, covering 70,560,000 km2 (27,240,000 sq mi) or 19.8% of the water on the Earth’s surface. It is bounded by Asia to the north, Africa to the west, and Australia to the east. To the south it is bounded by the Southern Ocean or Antarctica, depending on the definition in use.[6] Along its core, the Indian Ocean has some large marginal or regional seas such as the Arabian Sea, the Laccadive Sea, the Somali Sea, Bay of Bengal, and the Andaman Sea.

The Indian Ocean drainage basin covers 21,100,000 km2 (8,100,000 sq mi), virtually identical to that of the Pacific Ocean and half that of the Atlantic basin, or 30% of its ocean surface (compared to 15% for the Pacific). The Indian Ocean drainage basin is divided into roughly 800 individual basins, half that of the Pacific, of which 50% are located in Asia, 30% in Africa, and 20% in Australasia. The rivers of the Indian Ocean are shorter in average (740 km (460 mi)) than those of the other major oceans. The largest rivers are the Zambezi, Ganges-Brahmaputra, Indus, Jubba, and Murray rivers and the Shatt al-Arab, Wadi Ad Dawasir (a dried-out river system on the Arabian Peninsula) and Limpopo rivers.

Waterworld Africa episode 7 - Source to Sea: Many of the great rivers of southern Africa start high up in mountain ranges

Rise of the Continents episode 2 – Australia