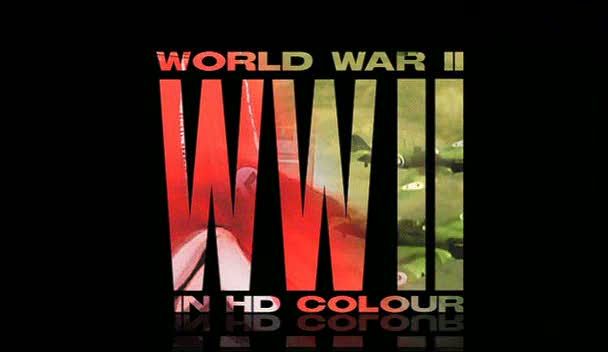 World War II In HD Colour episode 1: The series starts with that great paradox. How could the settlement at the end of World War One – the ‘war to end all wars’ – lead to an even greater conflict just a few years later ? The answer is a tale with terrible resonance today. This film shows how the Great Depression sapped the will of the democracies of the West to face up to a new and disturbing political phenomenon – the rise of militaristic dictators, in Germany, Italy, Japan and Spain.

As the Depression worsened, it had a significant impact on international relations and ultimately contributed to the outbreak of World War II. The economic hardships of the 1930s led to the rise of extremist political movements, such as fascism in Italy and Germany. These movements gained support by promising to restore national pride and economic prosperity. In addition, the economic crisis of the 1930s destabilized the global economy and led to a decrease in international trade. This led to a rise in protectionism, as countries erected trade barriers to protect their own industries. This, in turn, contributed to the decline of the global economy, as countries were less able to trade with one another and stimulate economic growth.

The Great Depression also created a sense of desperation and hopelessness among the population, which in turn led to the rise of aggressive, expansionist regimes. In Germany, the economic crisis helped fuel the rise of the Nazi Party, which promised to restore the nation’s pride and power. In Japan, the economic hardships of the 1930s also contributed to the rise of militarism and aggression. Japan’s economy was heavily dependent on exports, and the decline in international trade hit the country hard. In response, Japan turned to territorial expansion and aggressive military actions, leading to the outbreak of World War II in the Pacific.

The result was that the major powers ignored all the warning signs and allowed the likes of Mussolini and above all Hitler to begin the course that would lead the world into catastrophe. The programme ends as Hitler plots his attack upon Poland.

The Great Depression was a severe economic downturn that lasted from 1929 to 1939. It was the longest and most severe depression ever experienced by the industrialized world. The depression began in the United States, but quickly spread to other countries. The cause of the Great Depression was a combination of factors. The stock market crash of 1929 was a major factor, as it led to a loss of confidence in the economy. Banks also played a role, as many failed due to the high levels of debt and bad loans. Additionally, the economy was highly dependent on consumer spending, which decreased as people lost their jobs and income.

During the Great Depression, unemployment reached record levels. In the United States, unemployment rose from 3% in 1929 to 25% in 1933. Many people were forced to rely on government assistance and soup kitchens for survival. Businesses also struggled, with many going bankrupt and closing their doors. The government implemented various policies to try and revive the economy. President Franklin D. Roosevelt’s New Deal was a series of programs and policies designed to stimulate economic growth and provide relief to those in need. These policies included the creation of public works projects, the establishment of social security, and the expansion of government regulations on the economy.

Despite these efforts, the Great Depression continued to be a difficult period for many people. It wasn’t until the onset of World War II that the economy began to recover, as increased government spending and industrial production led to increased employment and income. The Great Depression serves as a reminder of the importance of a strong economy and the impact that economic downturns can have on individuals and society as a whole. It also highlights the need for government intervention in times of crisis, as well as the importance of policies that promote economic growth and social welfare.

World War II In HD Colour episode 1: How could the settlement at the end of World War One - the 'war to end all wars' - lead to an even greater conflict just a few years