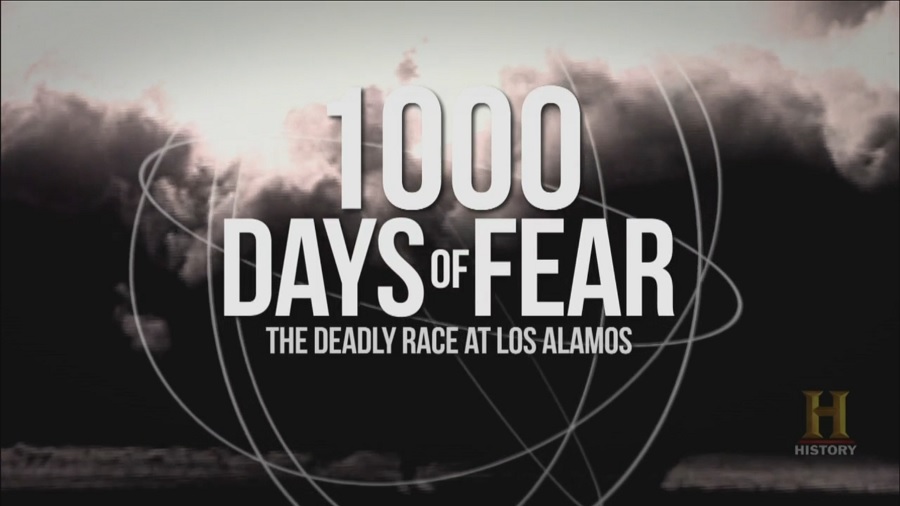 The Deadly Race at Los Alamos

1000 Days of Fear is the inside-the-barbed-wire story of the brilliant men and women who worked on the Manhattan Project at Los Alamos. The fascinating personalities behind the creation of the world’s first atomic bomb were as extraordinary, and often as explosive, as the science they were working in. Through first-hand accounts, never-before-seen interviews, and Los Alamos lore, this documentary looks inside these atomic insiders’ hearts and minds, their triumphs and failures, their bravery in the face of paralysing fear and, ultimately, their war-winning and world-changing accomplishments.

The concept of splitting the atom and its possible implications was known to scientists across the world before the outbreak of the Second World War. President Franklin Roosevelt had been alerted to the energy generated by a nuclear chain reaction as early as August 1939, in a letter signed by Albert Einstein, which warned of the destructive possibilities of a bomb which harnessed such technology. Although Einstein did not participate in the project, not least due to his pacifist inclinations, he was terrified of the possibility of Nazi Germany developing such a weapon. Roosevelt took the warnings seriously, setting up an advisory committee to report further, but it was not until the United States’s entry into the conflict in December 1941 that decisive action was taken.This episode tells the story of the first testing of the nuclear fission bomb, code-named Trinity, in the New Mexico desert.

By the time the first device was tested on July 16, 1945, President Harry Truman was in the White House. The efforts of those who worked in Los Alamos could not be said to have won the war – by the time the first bomb levelled Hiroshima on August 6, Germany had already surrendered and Japan was near to collapse – but they certainly shortened the conflict and saved thousands of American lives.

The triumphs and failures of the men and women who created the world's first atomic bomb as part of the Manhattan Project at Los Alamos.

Cleopatra: Portrait of a Killer