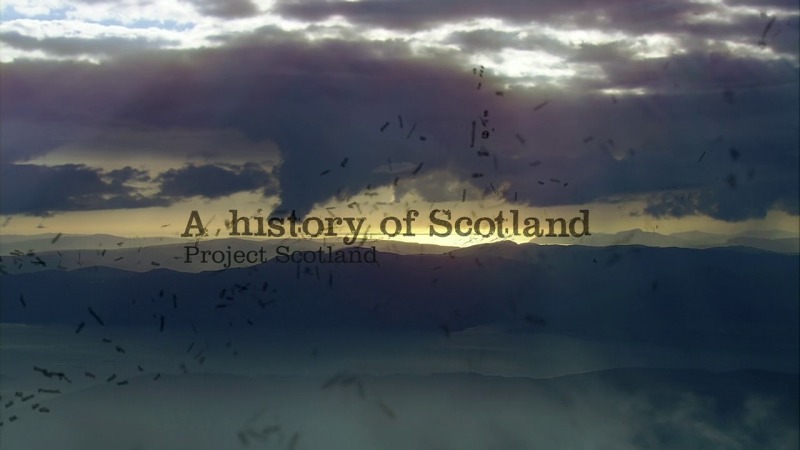 A History of Scotland episode 10 – Project Scotland: As a partner in the British Empire, Scotland began the 20th century with an advanced economy and a world-beating heavy industry. But in the closing decades its sense of Britishness was in doubt and a Scottish Parliament sat in Edinburgh for the first time since 1707. Charting Scotland’s darkest century, Neil Oliver discovers a country driven to self-determination through a series of economic crises so deep that her most striking export became her own disillusioned population.

Documentary charting the birth and growth of the Scottish nation. Scotland’s history has been badly served over the years. Defined by its relationship to England, Scotland’s popular history is full of near-mythical figures and tragic events, her past littered with defeat, failure and thwarted ambition. The martyrdom of William Wallace, the tragedy of Mary Queen of Scots and the forlorn cause of Bonnie Prince Charlie all give the impression of ‘poor’ Scotland; a victim of misfortune, leading to the country’s inevitable submission to the Auld Enemy.

After the Union in 1707, Scotland’s increasing reliance on England culminated in a crisis of confidence and identity that tortures the country to this day. But how accurate is this version of events? Using the very latest in historical research and by placing Scotland’s story in the wider context of British, European and global history, some of the myths that pervade the past will be exploded to reveal a Scotland which forged its own destiny, often with success.

Scotland is a country that is part of the United Kingdom. Covering the northern third of the island of Great Britain, mainland Scotland has a 96-mile (154-kilometre) border with England to the southeast and is otherwise surrounded by the Atlantic Ocean to the north and west, the North Sea to the northeast and east, and the Irish Sea to the south. It also contains more than 790 islands, principally in the archipelagos of the Hebrides and the Northern Isles. Most of the population, including the capital Edinburgh, is concentrated in the Central Belt—the plain between the Scottish Highlands and the Southern Uplands—in the Scottish Lowlands.

Scotland is divided into 32 administrative subdivisions or local authorities, known as council areas. Glasgow City is the largest council area in terms of population, with Highland being the largest in terms of area. Limited self-governing power, covering matters such as education, social services and roads and transportation, is devolved from the Scottish Government to each subdivision. Scotland is the second-largest country in the United Kingdom, and accounted for 8.3% of the population in 2012.

Within Scotland, the monarchy of the United Kingdom has continued to use a variety of styles, titles and other royal symbols of statehood specific to the pre-union Kingdom of Scotland. The legal system within Scotland has also remained separate from those of England and Wales and Northern Ireland; Scotland constitutes a distinct jurisdiction in both public and private law. The continued existence of legal, educational, religious and other institutions distinct from those in the remainder of the UK have all contributed to the continuation of Scottish culture and national identity since the 1707 incorporating union with England.

A History of Scotland episode 10 - Project Scotland: As a partner in the British Empire, Scotland began the 20th century with an advanced economy