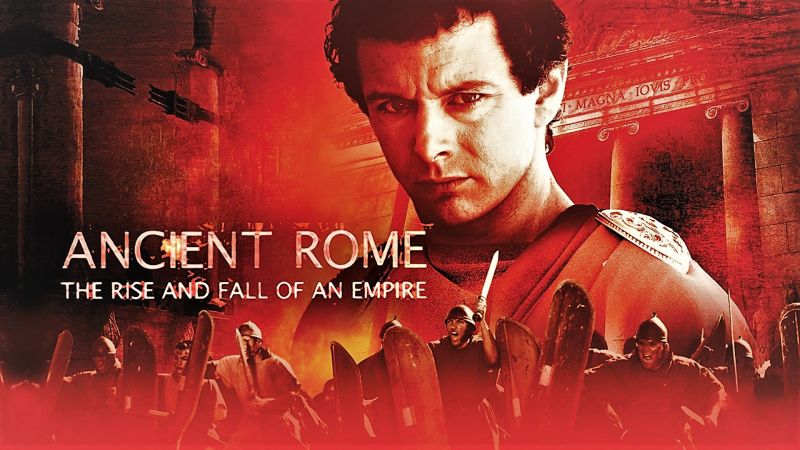 Ancient Rome: The Rise and Fall of an Empire episode 5

Ancient Rome: The Rise and Fall of an Empire episode 5: Retelling the story of how Emperor Constantine brought Christianity to the western world. In AD 312, Rome was in crisis. The empire had been divided into four parts, each with its own emperor who fought one another. Constantine intervened and united Rome, using military might and a new religion – Christianity.

Ancient Rome: The Rise and Fall of an Empire episode 5

Constantine I, also known as Constantine the Great, was Roman emperor from AD 306 to 337, and the first to convert to Christianity. Born in Naissus, Dacia Mediterranea (now Niš, Serbia), he was the son of Flavius Constantius, a Roman army officer of Illyrian origin who had been one of the four rulers of the Tetrarchy. His mother, Helena, was a Greek and a Christian, and of low birth. Constantine served with distinction under the Roman emperors Diocletian and Galerius. He began his career by campaigning in the eastern provinces (against barbarians and the Persians) before being recalled in the west (in AD 305) to fight alongside his father in Britain. After his father’s death in 306, Constantine became emperor. He was acclaimed by his army at Eboracum (York, England), and eventually emerged victorious in the civil wars against emperors Maxentius and Licinius to become the sole ruler of the Roman Empire by 324.

Upon his ascension to emperor, Constantine enacted numerous reforms to strengthen the empire. He restructured the government, separating civil and military authorities. To combat inflation, he introduced the solidus, a new gold coin that became the standard for Byzantine and European currencies for more than a thousand years. The Roman army was reorganized to consist of mobile units (comitatenses) and garrison troops (limitanei), which were capable of countering internal threats and barbarian invasions. Constantine pursued successful campaigns against the tribes on the Roman frontiers—such as the Franks, the Alamanni, the Goths and the Sarmatians—and resettled territories abandoned by his predecessors during the Crisis of the Third Century with citizens of Roman culture.

Title
Ancient Rome: The Rise and Fall of an Empire episode 5
Description

Ancient Rome: The Rise and Fall of an Empire episode 5: Retelling the story of how Emperor Constantine brought Christianity to the western world.