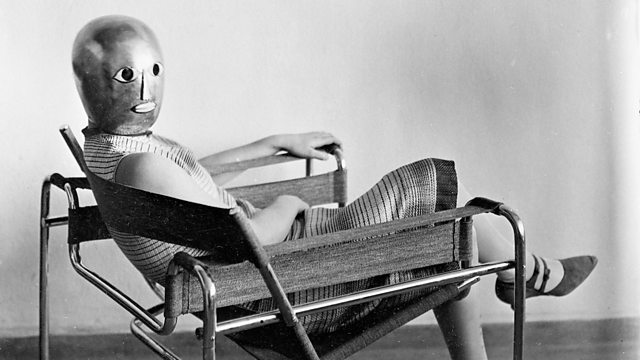 In 1919 an art school opened in Germany that would change the world forever. It was called the Bauhaus. A century later, its radical thinking still shapes our lives today.

Bauhaus 100 is the story of Walter Gropius, architect and founder of the Bauhaus, and the teachers and students he gathered to form this influential school. Traumatised by his experiences during the Great War, and determined that technology should never again be used for destruction, Gropius decided to reinvent the way art and design were taught. At the Bauhaus, all the disciplines would come together to create the buildings of the future, and define a new way of living in the modern world.

The Staatliches Bauhaus, commonly known as the Bauhaus, was a German art school operational from 1919 to 1933 that combined crafts and the fine arts, and was famous for the approach to design that it publicized and taught.

The Bauhaus was founded by Walter Gropius in Weimar. The German term Bauhaus—literally “building house”—was understood as meaning “School of Building”, but in spite of its name and the fact that its founder was an architect, the Bauhaus did not initially have an architecture department. Nonetheless, it was founded upon the idea of creating a Gesamtkunstwerk (“‘total’ work of art”) in which all the arts, including architecture, would eventually be brought together. The Bauhaus style later became one of the most influential currents in modern design, Modernist architecture and art, design, and architectural education. The Bauhaus movement had a profound influence upon subsequent developments in art, architecture, graphic design, interior design, industrial design, and typography.

The school existed in three German cities—Weimar, from 1919 to 1925; Dessau, from 1925 to 1932; and Berlin, from 1932 to 1933—under three different architect-directors: Walter Gropius from 1919 to 1928; Hannes Meyer from 1928 to 1930; and Ludwig Mies van der Rohe from 1930 until 1933, when the school was closed by its own leadership under pressure from the Nazi regime, having been painted as a centre of communist intellectualism. Although the school was closed, the staff continued to spread its idealistic precepts as they left Germany and emigrated all over the world.

In 1919 an art school opened in Germany that would change the world forever. It was called the Bauhaus. A century later, its radical thinking still shapes our lives today.