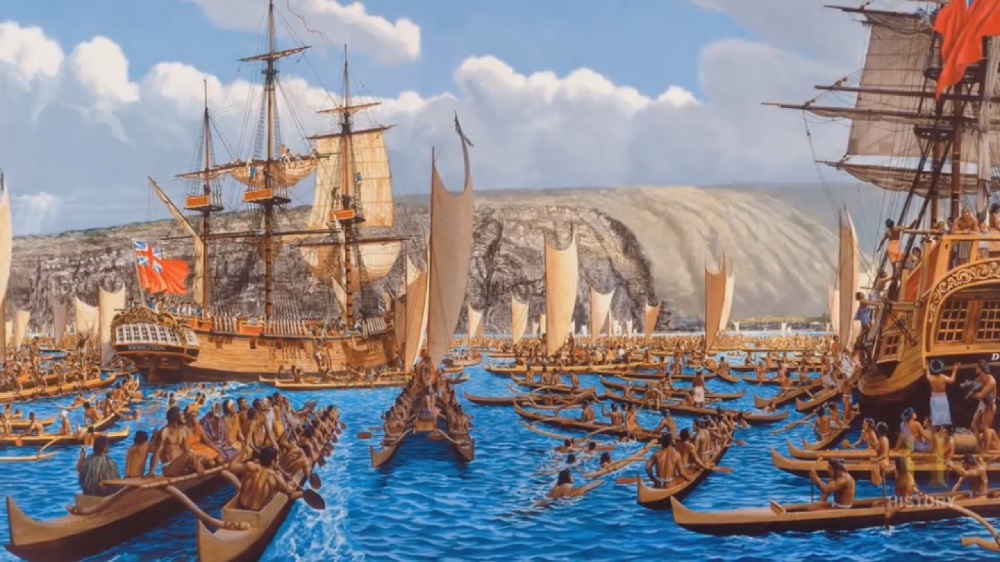 In a bid to find the not yet existent North West passage Cook encountered vast ice ranges and saw the impact of colonisation first hand when entering part of Alaska already overtaken by the Russians. Forced back by the ice shelf Cook retreats to Hawaii for R&R before returning to the Arctic the following summer. But that was not to be. After nearly eleven years of voyaging from the Antarctic to the Arctic Circles trading, observing, befriending chiefs and villagers alike, even participating in local culture Cook is clubbed and stabbed and drowned in a quintessentially tropical paradise?

How did it come to this? Or as one of the people Sam meets says, ‘How did it not happen before?’ Back in Australia Sam views an unfinished tapa waistcoat abandoned by Elizabeth Cook after his death – a poignant memento. A larger than life stainless steel sculpture of the man by Micheal Parakowhai is the focus of Sam’s reflections on Cook. Finally on an uninhabited islet in mid- Pacific Sam concludes his journey from being a ‘mere actor’ when he set out to becoming ‘a man of the Pacific.’.

Title
The Pacific In The Wake of Captain Cook with Sam Neill ep. 6
Description