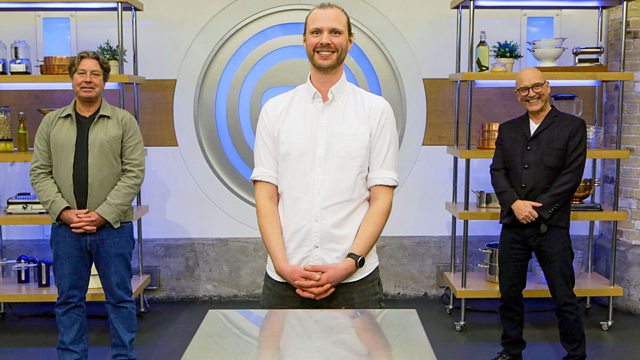 The first challenge is a Knowledge and Skills Test, where the celebrities must try to identify four different spices before making brandy snap biscuits filled with two different creams in just 20 minutes. At this point in the competition, the celebrities would usually be sent to work with and learn from a professional chef in their restaurant kitchen. As this is not currently possible, John and Gregg bring the chef to the celebrities. Alex Rushmer, 2010 MasterChef finalist and chef-patron of Vanderlyle restaurant in Cambridge, challenges each of the four celebrities to cook a recipe from his menu that includes no meat or fish and instead focuses on vegetables.

Lastly, the celebrities must channel all they have learnt from Alex into one dish that showcases vegetables. With just one hour to cook, the celebrities give it their all in a last attempt to prove themselves to the judges, because at the end of this test one of them will be going home.