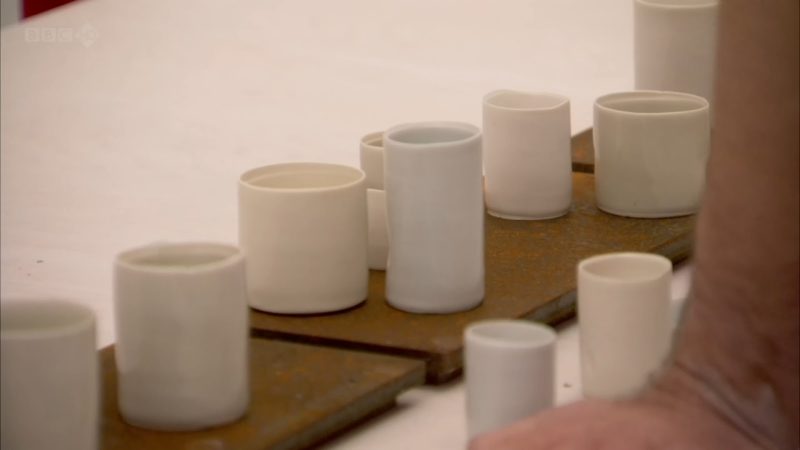 The Art of the Potter ep.3

Towards the end of the 19th century, a group of craftsmen decided to break the monopoly of the great ceramic factories. Studio pottery was born, a movement that celebrated traditional artisanship and decorative flair over the monotony of the production line.

Through practitioners like William De Morgan, Bernard Leach and William Staite Murray, studio pottery was soon recognised as a powerful and uniquely British contribution to the story of modern art, drawing disciples from all over Europe.

In the second half of the 20th century, female ceramicists like Lucie Rie and Alison Britton re-energised the movement. The programme ends with portraits of Grayson Perry and Edmund de Waal, two of the greatest potters working anywhere in the world today.

The Age of Wedgwood ep.2

This second film charts the rags to riches-to-rags epic of Stoke-on-Trent, a city built on clay and the heart of Britain’s once world-beating ceramics empire. On the back of the 17th century phenomenon of tea, pottery in Britain exploded into a cutting-edge industry and a source of enormous national pride.

We meet the key characters responsible for putting British ceramic art on the map: from Josiah Wedgwood, innovator, artist and marketing genius, and Josiah Spode (who made it his life’s work to invent a British version of Chinese porcelain and came up, aged 60, with bone china, which revolutionised the industry of ceramics) to the great 20th century ceramicists Clarice Cliff and Susie Cooper.

We see how demands for cheap labour since the 1980s have forced the closure of all but a handful of these great factories, leaving Stoke’s crumbling overgrown ruins as our Pompeii.

The Story of Clay ep.1

Ceramics are where art meets function – one of our oldest and most fundamental art forms, that sits at the centre of our homes.

The first film in this three-part series looks at a history of domestic pottery in Britain from Tudor times onwards, tracing the evolution of its different techniques and styles, and examining what our pots can tell us in intimate detail how preceding generations lived and saw themselves.

Whether it’s for celebrating birth, marriage and death (our own or royal), eating and drinking or showing the world our social status, ceramics contain more than just our tea or coffee – they contain something of our lives, our social DNA, and reveal a lot about our taste and habits as a nation. They become, in effect, snapshots in clay.

Title
Ceramics A Fragile History - The Art of the Potter ep.3
Description

Studio pottery was born, a movement that celebrated traditional artisanship and decorative flair over the monotony of the production line.