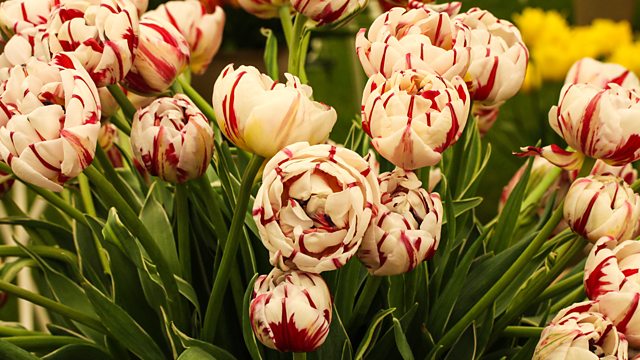 Chelsea Flower Show episode 12 2020: Sophie Raworth, Joe Swift and the team end the week with a focus on the people’s favourite gardens, plants and personalities.

Carol Klein looks at plants with royal aspirations, and we look at how the Queen and other members of the royal family have been involved with the Chelsea Flower Show over the years. There is a look back at some of their most memorable interviews with A-list celebrities who have attended the show, and we reflect on exhibits that marked significant moments in our nation’s history. Chris Bavin discovers the people’s favourite plants in the Great Pavilion, and we discover how tapping into our love of animals has helped designers scoop the small garden People’s Choice awards.

Sophie and Joe also reveal the garden and designer who has won the coveted title of the BBC/RHS People’s Choice Garden of the Decade.