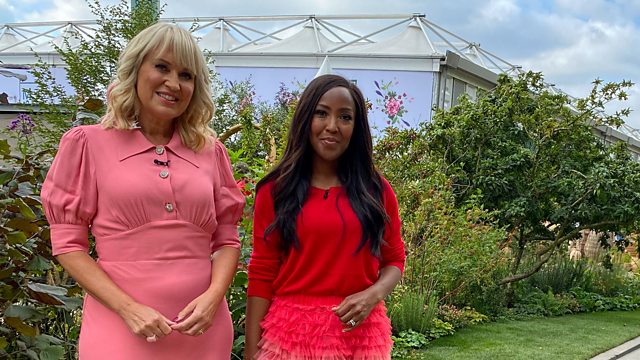 Chelsea Flower Show episode 13 2021: Celebrating a glorious week at RHS Chelsea, Angellica Bell and Nicki Chapman are joined by comedian Joel Dommett and his mother Penny. There is a mini masterclass on garden design from acclaimed Chelsea regular Sarah Eberle, as well as tips on what to do with a bumper harvest, and Nicki and Angellica will exclusively reveal the winner of the prestigious President’s Award.