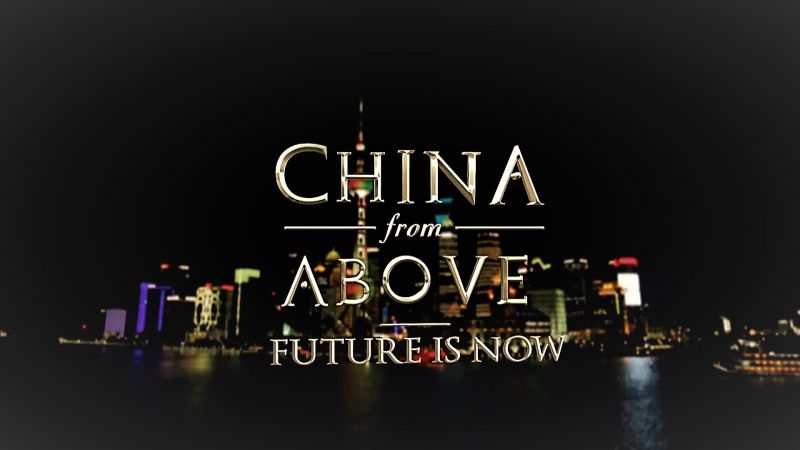 China from Above episode 2 - Future is Now

China from Above episode 2 – Future is Now: China is growing at a breakneck pace and racing to keep up with demand. As new cities are built and current ones expand, the country is pushing the limits of technology and innovation. On an aerial tour over megacities like Shanghai and Beijing, discover how the population works, travels, plays, and adapts to China’s exploding economy and massive urban transformation.

China is a country of staggering contrasts, from its ancient civilization to its bustling skyscrapers and from its steep river valleys to its harsh desert landscapes. Embark on an epic cross-country journey, spanning 5,000 years of history and soaring over natural wonders like Mount Everest and man-made marvels like the Great Wall of China. With breathtaking aerial views and on-the-ground human stories, witness this remarkable nation like never before.

China is a land of immense scale and diversity, an ancient civilization with a fascinating history dating back thousands of years. From the monumental engineering feats of the Great Wall, to innovative and unique farming techniques, and a massive water splashing festival, you’ll discover how China has transformed its cities and infrastructure so much in three decades while still retaining its strong traditions, and how these strong traditions have shaped China’s landscape to make it uniquely recognizable and truly magnificent, especially from the air!

China from Above episode 2 – Future is Now

China, is a country in East Asia. It is the world’s most populous country, with a population of more than 1.4 billion. China spans five geographical time zones and borders 14 different countries, the second most of any country in the world after Russia. Covering an area of approximately 9.6 million square kilometers (3,700,000 sq mi), it is the world’s third or fourth largest country.[i] The country consists of 23 provinces,[j] five autonomous regions, four municipalities, and two Special Administrative Regions (Hong Kong and Macau). The national capital is Beijing.

China emerged as one of the world’s first civilizations in the fertile basin of the Yellow River in the North China Plain. China was one of the world’s foremost economic powers for most of the two millennia from the 1st until the 19th century. For millennia, China’s political system was based on absolute hereditary monarchies, or dynasties, beginning with the semi-legendary Xia dynasty in the 21st century BCE. Since then, China has expanded, fractured, and re-unified numerous times. In the 3rd century BCE, the Qin reunited core China and established the first Chinese empire. The succeeding Han dynasty (206 BCE – 220 CE) saw some of the most advanced technology at that time, including papermaking and the compass, along with agricultural and medical improvements. The invention of gunpowder and movable type in the Tang dynasty (618–907) and Northern Song dynasty (960–1127) completed the Four Great Inventions. Tang culture spread widely in Asia, as the new Silk Road brought traders to as far as Mesopotamia and the Horn of Africa. The Qing dynasty, China’s last dynasty, which formed the territorial basis for modern China, suffered heavy losses to foreign imperialism in the 19th century.

Title
China from Above episode 2 - Future is Now
Description

China from Above episode 2 - Future is Now: China is growing at a breakneck pace and racing to keep up with demand.