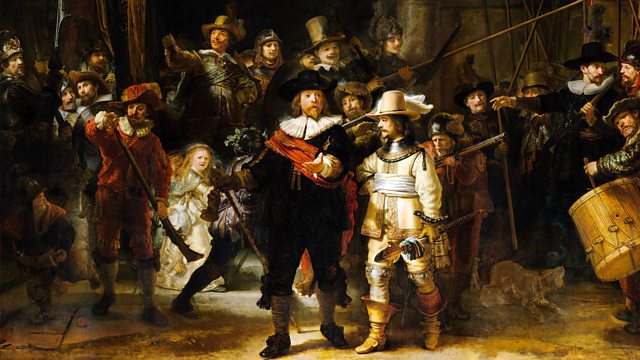 Think Renaissance and you think Italy. But in the 15th and 16th centuries the great Islamic empires experienced their own extraordinary cultural flowering. The two phenomena did not unfold in separate artistic universes; they were acutely conscious of, and in competition with, each other and mutually open to influences flowing both ways.

The fifth film in Civilisations goes east and west with Simon Schama: to Papal Rome but also to Ottoman Istanbul and Mughal Lahore and Agra, exploring those connections and rivalries, and examining how the role of artists from the different traditions of West and East developed in the years that followed the Renaissances.

That rivalry unfolds most spectacularly over the creation of domes – in Ottoman Istanbul the great engineer-architect Mimar Sinan builds the light-flooded Süleymaniye mosque, while at the same time in Rome Michelangelo designs the great dome over the St Peter’s Basilica. The fate of the hero-artist, seemingly touched by God, with the gift of making visual miracles, henceforth diverged in east and west.

In Europe, as the century turned, artists such as Benvenuto Cellini with his sculpture of Perseus with the Head of Medusa could lay claim to sovereignty over the world of art. The greatest European artists like Caravaggio, Velasquez and Rembrandt shook off decorum and turned muscular, earthy, and theatrical. Meanwhile in the East Mughal art, still capable of acts of breath-taking architectural and painterly beauty, as expressed in mausoleums like the I’timad-ud-Daulah and gorgeous miniature paintings, became ever more refined, poetic and exquisite.

Think Renaissance and you think Italy. But in the 15th and 16th centuries the great Islamic empires experienced their own extraordinary cultural flowering.