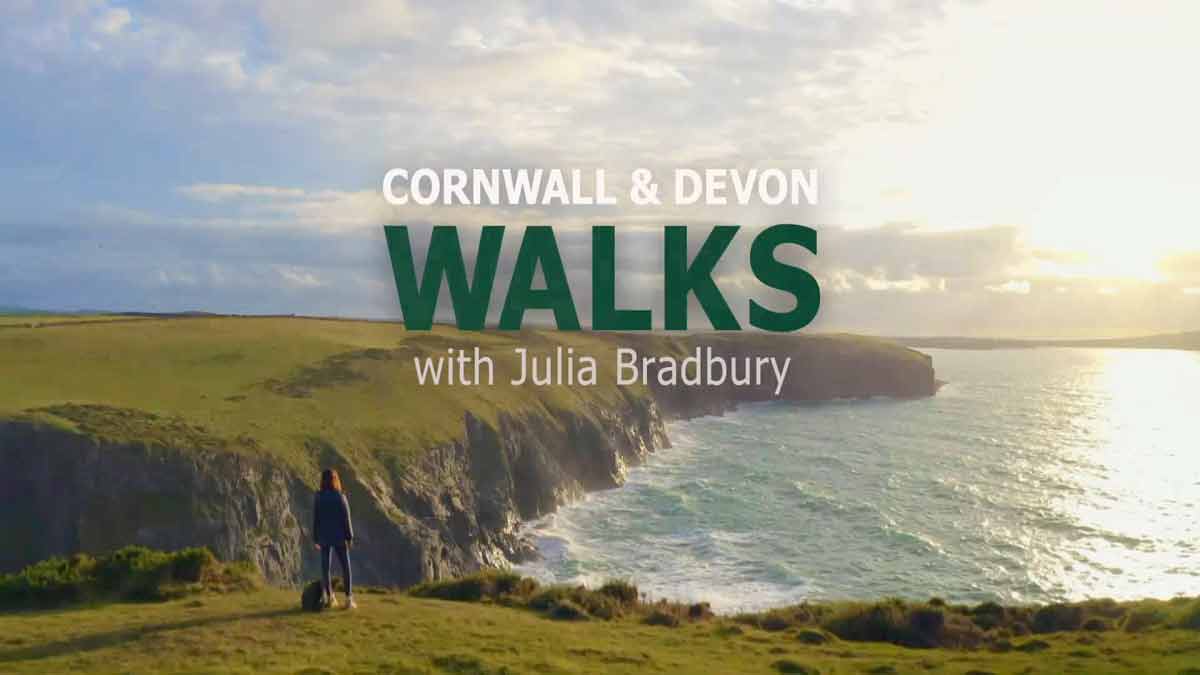 Cornwall and Devon Walks with Julia Bradbury episode 8: Julia goes in search of stories of smugglers and pirates walking the secluded coves along the Helford River, in a gentle three-mile mile loop from Helford Village to Frenchman’s Creek and back. Julia goes oyster fishing, tries her hand at stand up paddle boarding, experiences forest bathing, and has a true smugglers’ tipple, before finishing with a visit to the Cornish Seal Sanctuary. This magical woodland walk is one for all the family.

The Helford River is a ria (flooded river valley) in Cornwall, England, fed by small streams into its many creeks. There are seven creeks on the Helford; from west to east these are Ponsontuel Creek, Mawgan Creek, Polpenwith Creek, Polwheveral Creek, Frenchman’s Creek, Port Navas Creek, and Gillan Creek. The best known of these is Frenchman’s Creek, made famous by Daphne du Maurier in her novel of the same name. A little further up river is Tremayne Quay, built for a visit by Queen Victoria in the 1840s which she then declined to make, allegedly because it was raining.

The river has long been an important industrial and agricultural marine highway serving local mines, farms and quarries as well as the local fishing industry. In 1882, Merthen Hole was the highest point at which the colliers unloaded and Bishop’s Quay was the base for a dozen pilchard boats. Most of this industry has now gone, although commercial fishermen still use the river to land their catch. This activity amounts to about 1 million pounds sterling a year, and the oyster fishery is being revived.

The industries have largely been replaced by tourist activities, in particular those relating to the sea, although at the head of the river the landscape is dominated by the extensive operations of Gweek Boatyard and the base of marine drilling and construction company Fugro Seacore, although the latter has moved its main base to Falmouth.

These businesses now dominate the head of the river where once coal and timber were landed. On the opposite bank is the Cornish Seal Sanctuary, where injured seals are nursed back to health before being released to the freedom of the Atlantic Ocean. The traditional ‘heavy’ industries have been replaced by ‘lighter’ businesses catering for the many tourists who visit the area.

Walks with Julia Bradbury episode 8: goes in search of stories of smugglers and pirates walking the secluded coves along the Helford River.