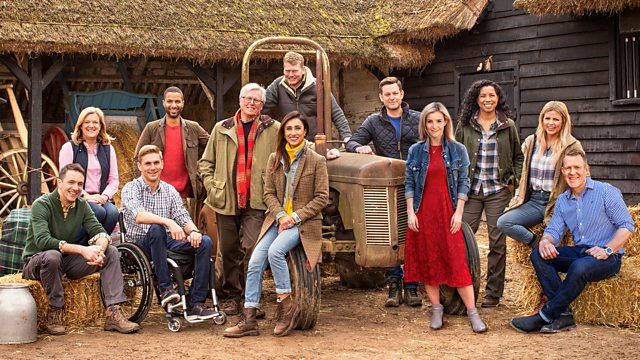 Countryfile – Inclusive Farming: Matt Baker rolls up his sleeves to help out on a remarkable smallholding in Bedfordshire. Farmer Mike Duxbury lost his sight at the age of six due to glaucoma, but that didn’t stop him from achieving his dream to farm. Touch and sound enable him to navigate the farm and take on anything that needs doing, from checking livestock to wielding power tools to build animal enclosures. And Mike is determined to inspire young people with disabilities to get into agriculture by running practical courses.

Meanwhile, Joe Crowley investigates if enough is being done to combat wildlife crime, and Adam Henson catches up with a farmer who nearly lost his livelihood due to injury. Stories are shared of the people, places and issues at the heart of the British countryside. Popular features include the programme’s photography contest, which culminates in a yearly calendar sold to benefit charity, the Video Diary, produced by viewers and focused on life in rural areas, and the weather forecasts.

Countryfile - Inclusive Farming: Matt Baker rolls up his sleeves to help out on a remarkable smallholding in Bedfordshire.