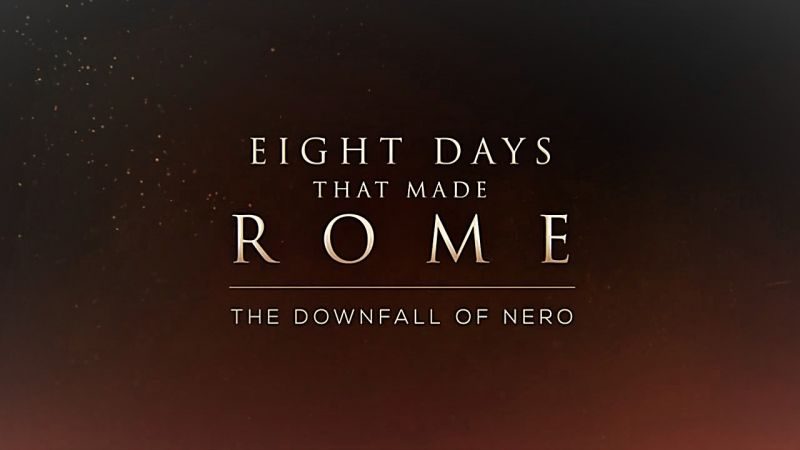 The Downfall of Nero

On 9th June 68 AD, Nero, Emperor of Rome, took his own life with the help of a servant, as troops came to arrest him for crimes against the state. His death ended the empire’s first dynasty and ushered in an age of anarchy and civil war. With the aid of evidence from across the Roman world, including Nero’s Golden House, Bettany examines his reign, his character and his relationships with his mother Agrippina, the Senate and the Roman populace.

Bettany Hughes focuses on events leading up to and after 9th June 68AD, when Emperor Nero took his life. She examines his relationship with his mother, fondness for debauchery and how casual violence and murder began to destabilise what had once been touted as a new `Golden Age’ for Rome. Nero’s death plunged the empire into anarchy and civil war.

From here on in, the Roman Empire would be plagued by military coups and revolt, one of the crucial factors in its eventual decline. Dramatisations featuring Adam Drew, Sarah-Jane Potts and Richard Brake bring the key moments to life.

Nero (15 December 37 AD – 9 June 68 AD) was the last Roman emperor of the Julio-Claudian dynasty. He was adopted by his great-uncle Claudius and became Claudius’ heir and successor. Like Claudius, Nero became emperor with the consent of the Praetorian Guard. Nero’s mother, Agrippina the Younger, was likely implicated in Claudius’ death and Nero’s nomination as emperor. She dominated Nero’s early life and decisions until he cast her off. Five years into his reign, he had her murdered.

During the early years of his reign, Nero was content to be guided by his mother, his tutor Lucius Annaeus Seneca and his Praetorian prefect, Sextus Afranius Burrus. As time passed, he started to play a more active and independent role in government and foreign policy. During his reign, the redoubtable general Corbulo conducted a successful war and negotiated peace with the Parthian Empire. His general Suetonius Paulinus crushed a major revolt in Britain, led by the Iceni Queen Boudica. The Bosporan Kingdom was briefly annexed to the empire, and the First Jewish–Roman War began.

Nero focused much of his attention on diplomacy, trade and the cultural life of the empire, ordering theatres built and promoting athletic games. He made public appearances as an actor, poet, musician and charioteer. In the eyes of traditionalists, this undermined the dignity and authority of his person, status and office. His extravagant, empire-wide program of public and private works was funded by a rise in taxes that was much resented by the middle and upper classes. Various plots against his life were revealed; the ringleaders, most of them Nero’s own courtiers, were executed.

Title
Eight Days that Made Rome: The Downfall of Nero
Description

Bettany Hughes focuses on events leading up to and after 9 June 68AD, when Emperor Nero took his life, the last Roman emperor of the Julio-Claudian dynasty.