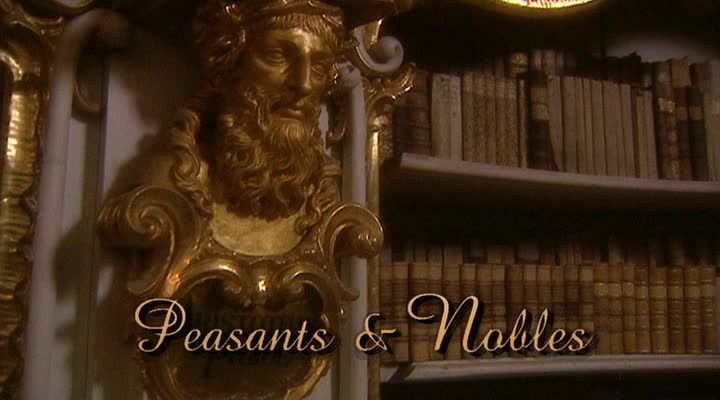 Europe in the Middle Ages episode 3 - Peasants and Nobles

Europe in the Middle Ages episode 3 – Peasants and Nobles: Most of the population in the Middle Ages lived on the land – a silent, suffering majority, who as serfs had to do soccage service and pay taxes to the ruling noblemen and were repeatedly exposed to famine and violent conflicts.

Fear of bears, wolves and demons or roaming bands of robbers were widespread and today, folktales and legends still give us an insight into the former peasant culture. And yet, it too made a considerable contribution to progress through inventions such as the horse’s harness, the iron plough, the introduction of windmills and the three-field system or the cultivation of new types of grain.

The Middle Ages were dark in the literal sense of the word: apart from precious wax, which hardly anyone could afford, there was in fact no other form of artificial light. Scholars begged God for light to enable them to pursue their studies. In fact, the ‘Dark Ages‘ between 800 and 1500 were a brilliant, dynamic time that paved the way for many achievements of our modern day world.

Europe in the Middle Ages episode 3 – Peasants and Nobles

A peasant is a pre-industrial agricultural laborer or farmer with limited land ownership, especially one living in the Middle Ages under feudalism and paying rent, tax, fees, or services to a landlord. In Europe, three classes of peasants existed: slave, serf, and free tenant. Peasants hold title to land either in fee simple or by any of several forms of land tenure, among them socage, quit-rent, leasehold, and copyhold.

In a colloquial sense, “peasant” often has a pejorative meaning that is therefore seen as insulting and controversial in some circles, even when referring to farm laborers in the developing world; as early as in 13th-century Germany the word also could mean “rustic,” or “robber,” as the English term villain.