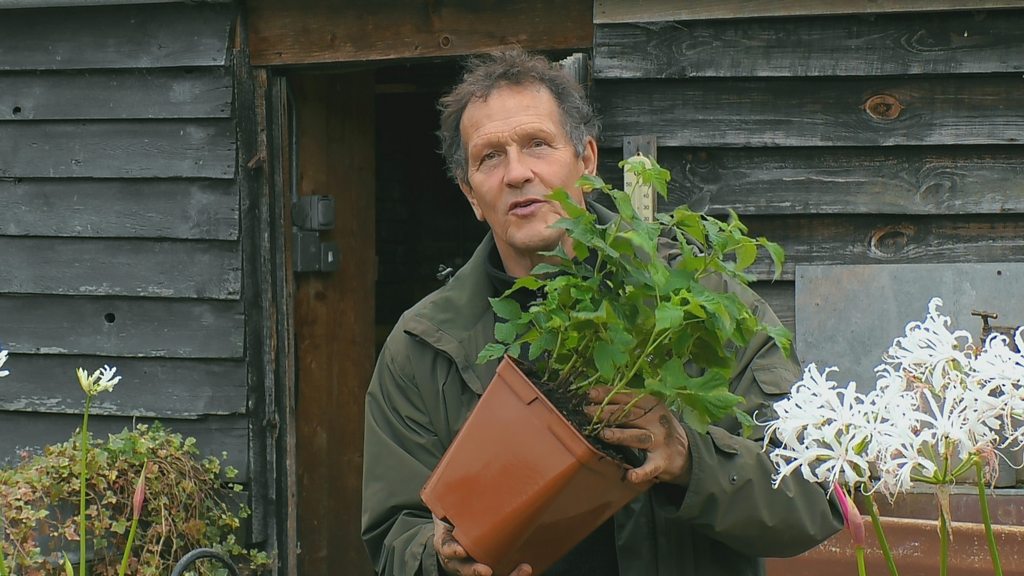 Gardeners’ World 2021 Winter Specials episode 4: In this special episode, Monty and the team look back at more floral highlights from the series, including alliums and auriculas, houseplants and creative containers, as well as the scented stars of the summer garden.

There’s also another chance to see what the Gardeners’ World viewers were getting up to in their gardens last year as they share their horticultural adventures.

Containers filled with seasonal or permanent plants are extremely versatile. They can brighten up a corner of the garden, provide handy herbs by the kitchen or make the entrance look welcoming. Yet, life in containers can be tough for plants, so choose the right compost and carry out regular maintenance to ensure they put on a good show.

Containers are the perfect home for colourful annuals and half-hardy perennials – both of which are sometimes called ‘patio plants’ or bedding. Most shrubs, climbers, herbaceous perennials, grasses and even trees can be grown in containers. Fruit and vegetables can be successful too, as can some roses.

How to grow crown imperials

Fritillaria imperialis, commonly known as crown imperial, is a bulb native to mountainous regions in Turkey, western Iran and eastwards to Kashmir. It is grown for its large and spectacular clusters of bell-shaped flowers in late-spring.

They need a deep, rich, well-drained loam soil, preferably alkaline, and a warm, sunny position where they can be left undisturbed for many years. Where soil conditions are less than ideal it is advisable to thoroughly prepare the site before planting, digging in some well-rotted manure or rich leafmould and grit. Simply putting grit in the bottom of planting holes on heavy soils will achieve little. Add a dressing of Vitax Q4 Fertiliser at about 140g per sq m (4oz per sq yd) before planting in the early autumn.

Plant bulbs deeply at a depth of at least 30cms (1ft) and a similar distance apart. Shallow planting will lead to poor flowering after the first year. If the soil is too wet to allow planting at this depth then it is not a suitable site. Consider constructing a suitable raised bed. It is claimed that planting the bulb on its side may prevent rot when the bulb is dormant during the summer. Over a season, however, bulbs tend to right themselves.

Gardeners’ World 2021 Winter Specials episode 4: In this special episode, Monty and the team look back at more floral highlights from the series