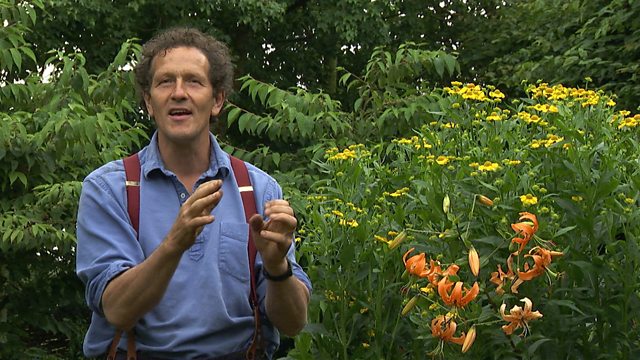 Gardeners’ World ( August 19, 2011): Monty Don is planning ahead and planting autumn flowering crocus at Longmeadow. Also for autumn colour, he’s adding cyclamen to the spring garden, and has tips on how to get a great show from them.

Joe Swift visits Marks Hall, a surprising but inspiring modern garden created within the original walls of a Victorian kitchen garden. And Carol Klein is in Staffordshire with a couple who’ve created a garden for all seasons in their half-acre plot.

Gardening show packed with good ideas, tips, advice from experts and timely reminders to get the most out of your garden, whatever its size or type

Gardening Together with Diarmuid Gavin episode 6