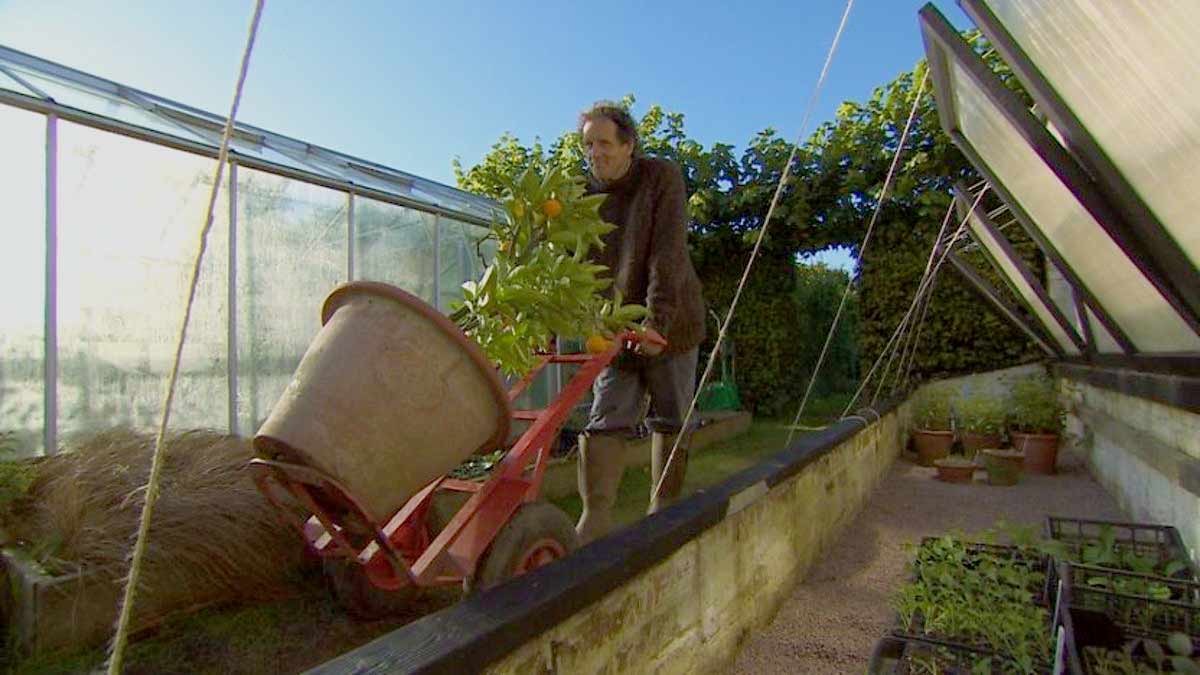 Gardeners World episode 27 2012: Monty Don plans for next year’s flowers. He plants roses and clematis in his new white garden and gets some garlic in the ground for next year.

Carol Klein looks at Britain’s native wild clematis and also visits a clematis enthusiast in Lancashire who has grown the plants alongside some unusual partners. Carol gets his tips on how to display them at their best.

Rachel de Thame travels to Bristol to meet a couple who have filled their tiny back garden with tender tropical plants. She finds out how they manage to protect their vast collection over the winter months.

As night time temperatures begin to fall and the threat of a harsh frost beckons, it’s time to bring in your tender plants. A heated greenhouse or conservatory is the best place to store them – somewhere cool and light with a minimal amount of water to keep them ticking over is all they need. Monty Don makes a start by wheeling in his citrus.

Pelargonium is a genus of flowering plants which includes about 200 species of perennials, succulents, and shrubs, commonly known as geraniums, pelargoniums, or storksbills. Confusingly, Geranium is the botanical name (and also common name) of a separate genus of related plants. Both genera belong to the family Geraniaceae. Linnaeus originally included all the species in one genus, Geranium, and they were later separated into two genera by Charles L’Héritier in 1789.

Richard Hodson absolutely loves clematis and grows over 200 of them in his Lancashire garden near Preston. Many of them are allowed to scramble over other plants to great effect, as Carol Klein soon discovered during her visit.

The ‘Queen of Climbers’, clematis produce masses of flowers in a wide variety of shapes and colours. With careful selection, it’s possible to enjoy their blooms throughout the year, and with plants suited to growing on walls and fences, up obelisks and pergolas, into trees, in containers and even in a mixed border, it is easy to see why these versatile plants are one of the most popular in gardens.

Gardeners World episode 27 2012: Monty Don plans for next year's flowers. He plants roses and clematis in his new white garden