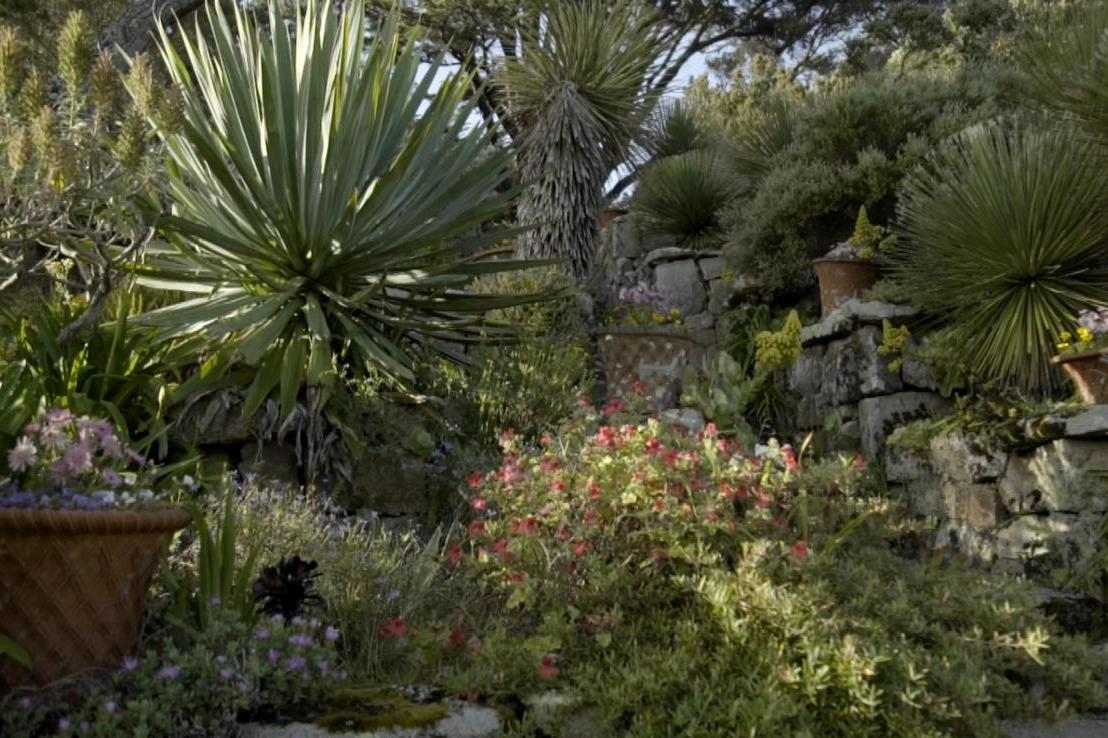 Gardens Near and Far episode 45 – Tresco Abbey Gardens: Augustus John Smith – 26 years old rich aristocrat decided to sow a subtropical garden, the “Tresco Abbey Garden”. The Scilly archipelago can be found in the Celtic sea, off the coast of England… The windy island of Tresco saw Augustus John Smith arrive at the beginning of the nineteenth century.

Augustus John Smith studied the miserable living conditions of the English population. Ideologically close to the utopian ideas of his time, he sought to change the neediest’s ways of living. The Scilly Islands were extremely poor, thus the young philanthropist found a great opportunity to achieve is life goals. Here, he proved that we can fight famine with a food-producing garden. The garden unfolds along the hillside and offers its vegetation various habitats – from the driest to the moistest.

In the 1980s a cold snap killed 90% of the garden’s plant life. And while the garden was under reconstruction a tornado with winds faster than 200km/h struck the island and destroyed everything in its wake. Just like Augustus John Smith, the gardeners have learned to rebuild it. Tresco showcases its exceptional resilience capacity time and time again

The beautiful garden, built in the 19th century around the ruins of a Benedictine Abbey, is home to species from across the world’s Mediterranean climate zones, from Brazil to New Zealand and Burma to South Africa.

It’s quite easy to while away a day meandering among sheltered glades of tree ferns or strolling along sunny terraces, gazing out across the borders to the ocean views beyond. Even non-gardeners cannot fail but wonder at the array of scents, sights and sounds that await around every corner.

The face of the garden changes throughout the year. In spring flowers bloom weeks ahead of those on the mainland – the perfect tonic after a long, cold winter. In the autumn the reds, golds and ambers of the seasonal foliage contrast with the magnificent proteas, aloes and camellias. Even at the winter solstice there are usually more than 300 species of plant in flower.