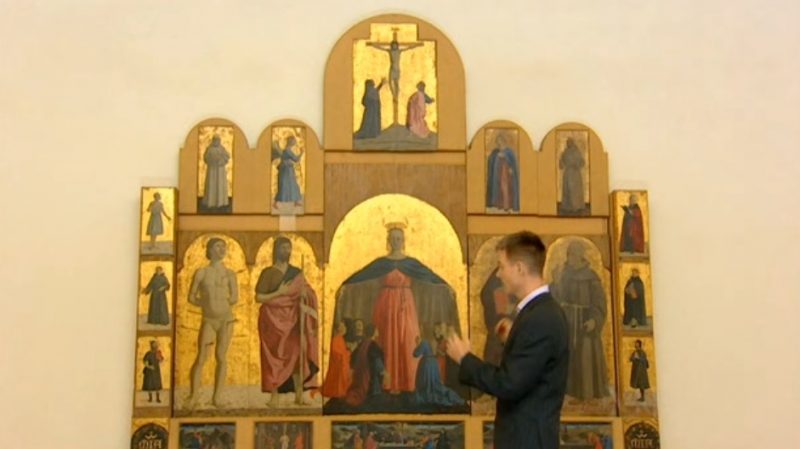 This episode looks at the life and work of the 15th century Italian artist Piero della Francesca. With only 26 surviving works Piero has been seen as one of the mystery men of western art. But his calm, monumental, often enigmatic images mark an important step in the development of Renaissance art. This fascinating film reveals the man behind the myth, an artist that paved the way for likes of Leonardo and Michelangelo.

In his typically enthusiastic and accessible manner Tim Marlow explores works such as the huge fresco cycle The Legend of the True Cross in Arezzo, (made famous in the film The English Patient), the haunting Resurrection and the Baptism of Christ held in the National Gallery in London.

This episode looks at the life and work of the 15th century Italian artist Piero della Francesca.

Great Art : The Impressionists and the Man who Made them