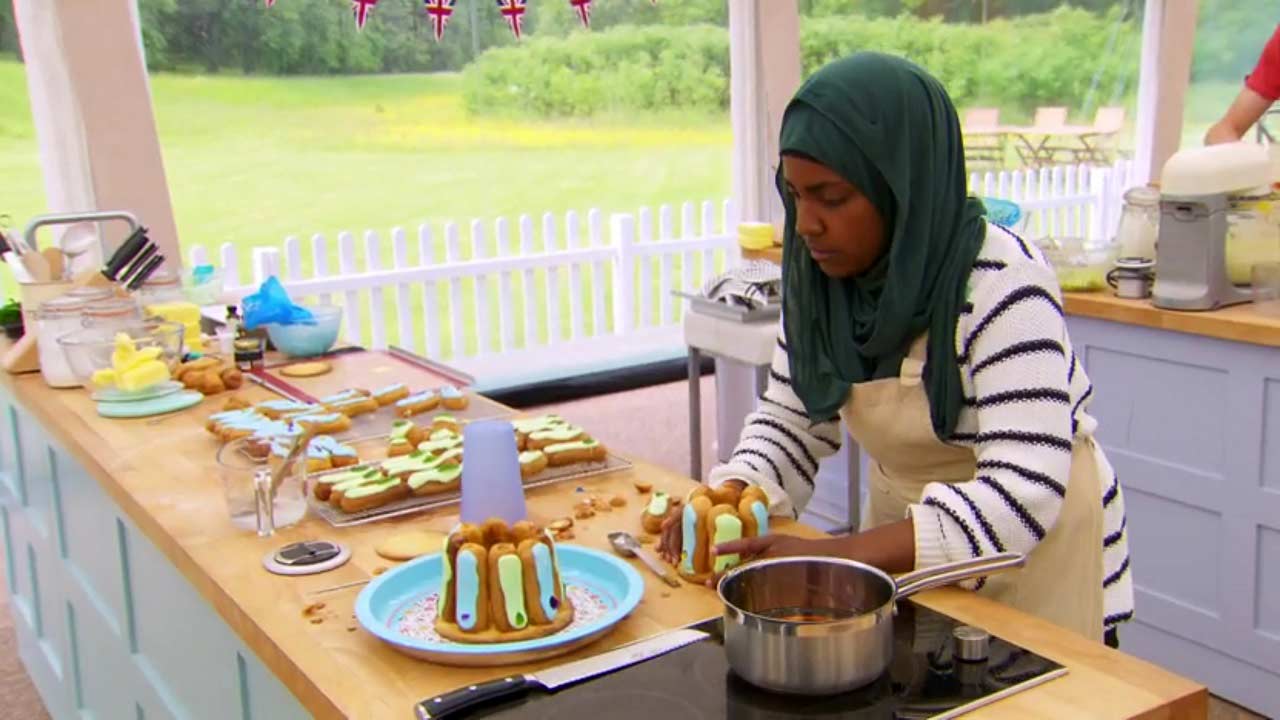 Great British Bake Off episode 8 2015 – Patisserie: The remaining bakers must work their way through delicate french fancies. In the first quarterfinal challenge, the bakers have to make twenty-four cream horns in three and a half hours. They are asked to make twenty four cream horns – twelve of each flavor, using either puff, ruff puff or flaky pastry. Mary’s recipe for nine Mokatines is set for the technical challenge. These are small, delicate genoise sponges, filled with a coffee buttercream meant to be attractive, as if “in a patisserie window.” Religieuse à l’ancienne are set as the Showstopper challenge.

These are large éclairs, stood upright with no doweling, and decorated with buttercream. The bakers are given four hours, though the towers are left to stand for two hours afterwards, as traditional religieuse would have been left for such time.